From green to pink hydrogen, we reveal the rainbow of hydrogen colors and the different types of technology used to produce each.

But isn’t hydrogen a colorless gas? 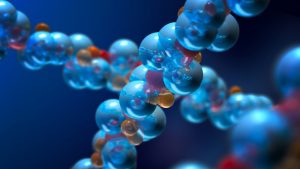 Yes, hydrogen is an invisible gas. So, somewhat confusingly and despite their colorful descriptions, there is no visible difference between the different types of hydrogen.

Why is a colorless gas given so many colorful terms?

Depending on the type of production used, different colors are assigned to the hydrogen. But there is no universal naming convention and these color definitions may change over time, and even between countries.

We’re currently used to a blue flame from gas, so what color will a hydrogen flame be?

The industry has not yet reached a consensus on this, but it will be the most obvious difference for people who’ve been used to seeing a blue gas flame inside their boilers or when igniting their hobs. The flame color for hydrogen would be specifically added. Are you ready for a green flame?

Here’s our guide to unlocking the current hydrogen color code.

What is green hydrogen?

In the kaleidoscope of hydrogen colors, green hydrogen is the one produced with no harmful greenhouse gas emissions. Green hydrogen is made by using clean electricity from surplus renewable energy sources, such as solar or wind power, to electrolyze water. Electrolyzers use an electrochemical reaction to split water into its components of hydrogen and oxygen, emitting zero-carbon dioxide in the process.

Green hydrogen currently makes up a small percentage of the overall hydrogen, because production is expensive. Just as energy from wind power has reduced in price, green hydrogen will come down in price as it becomes more common.

What is blue hydrogen?

Blue hydrogen is produced mainly from natural gas, using a process called steam reforming, which brings together natural gas and heated water in the form of steam. The output is hydrogen – but also carbon dioxide as a by-product. That means carbon capture and storage (CCS) is essential to trap and store this carbon.

What is grey hydrogen?

Currently, this is the most common form of hydrogen production. Grey hydrogen is created from natural gas, or methane, using steam methane reformation but without capturing the greenhouse gases made in the process.

What are black and brown hydrogen?

Using black coal or lignite (brown coal) in the hydrogen-making process, these black and brown hydrogen are the absolute opposite of green hydrogen in the hydrogen spectrum and the most environmentally damaging.

Just to confuse things, any hydrogen made from fossil fuels through the process of ‘gasification’ is sometimes called black or brown hydrogen interchangeably.

Japan and Australia announced a new brown coal-to-hydrogen project recently. This project will use brown coal in Australia to produce liquefied hydrogen, which will then be shipped to Japan for low-emission use.

What is pink hydrogen?

Pink hydrogen is generated through electrolysis powered by nuclear energy. Nuclear-produced hydrogen can also be referred to as purple hydrogen or red hydrogen.

In addition, the very high temperatures from nuclear reactors could be used in other hydrogen productions by producing steam for more efficient electrolysis or fossil gas-based steam methane reforming.

What is turquoise hydrogen?

This is a new entry in the hydrogen color charts and production has yet to be proven at scale. Turquoise hydrogen is made using a process called methane pyrolysis to produce hydrogen and solid carbon. In the future, turquoise hydrogen may be valued as a low-emission hydrogen, dependent on the thermal process being powered with renewable energy and the carbon being permanently stored or used.

What is yellow hydrogen?

Yellow hydrogen is a relatively new phrase for hydrogen made through electrolysis using solar power.

What is white hydrogen?

White hydrogen is a naturally-occurring geological hydrogen found in underground deposits and created through fracking. There are no strategies to exploit this hydrogen at present.

The future of hydrogen as energy

We have two UK projects underway: FutureGrid, which is trialling hydrogen mixes in off-grid gas pipelines, and Project Union, which is exploring the development of a UK hydrogen ‘backbone’ joining together industrial clusters around the country.

Dr Danielle Stewart, Long Term Strategy Manager for Gas Transmission at National Grid, says: “To meet net zero in a timely, fair and just way we will need to explore a range of solutions. Scaling up and selecting from the clean hydrogen palette has the potential to support decarbonisation of homes, transport, industry and power. National Grid is investigating and enabling a variety of complementary technologies to provide clean, affordable, reliable and resilient energy for consumers.”

In the future, some hydrogen colours may fade in importance and others burn brighter. What’s certain is that the hydrogen rainbow will play a significant role in reaching net zero, as we reduce our historical reliance on fossil fuels and look to green alternatives to power our homes, businesses and transport.