We have seen Hydrogen labeled by color, indicating its source and emissions if any. Green hydrogen is via renewables – solar, wind and hydro, applying electricity to water and release hydrogen. Grey hydrogen production is via steam reforming of natural gas, with release of the by-product CO2 to the air. 95%+ of current global hydrogen is production is grey hydrogen. Blue hydrogen is the same as gray except ~90% capture and sequestration of the CO2 emissions. 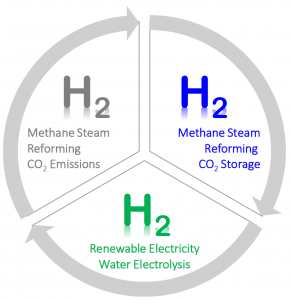 Learnings from the Fall 2021 H2-CCS Conference! The second H2-CCS conference and the second sold out conference. As billions in projects continue to pour in,

Pipelines an issue for Hydrogen and CCS? With a clear multi decade track record, pipelines are the safest, lowest emission, and cheapest method to transport