‘World will need up to 280 million tonnes of blue hydrogen a year by 2050’: Hydrogen Council 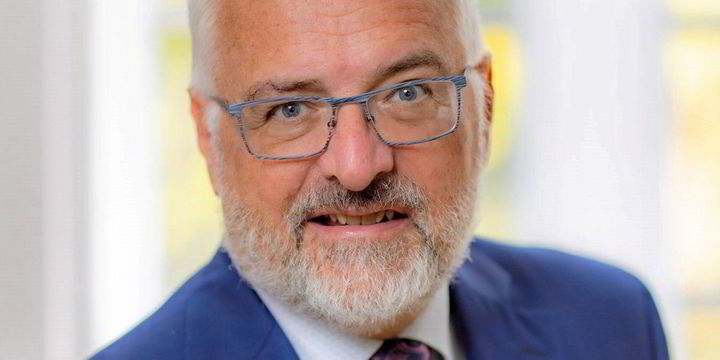 The world will need to produce between 120 and 280 million tonnes of blue hydrogen — derived from fossil fuels with incomplete carbon capture and storage — annually by 2050 in order to reach net-zero emissions, according to a new report from the Hydrogen Council.

The current global demand for hydrogen is roughly 70-75 million tonnes a year, but the Hydrogen for Net Zero report says the world will need 690 million tonnes of green and blue H2 by 2050 — 20-40% of which will be blue. This total hydrogen usage would equate to about 23% of global final energy demand.

The fossil-fuel-led lobby group — whose steering members include oil companies Saudi Aramco, BP, Equinor, Shell, TotalEnergies, Sinopec and Adnoc — does not mention in its report that blue hydrogen is far from a zero-emission technology.

It is only possible to capture up to 98% of the CO2 emitted in the process of methane reforming, according to blue hydrogen proponents such as Equinor, although levels of about 90% are said to be more realistic.

And the leakage of methane — which is 84 times more potent a greenhouse gas than CO2 over a 20-year period — is a constant and real risk. According to recent estimates by the International Energy Agency, the oil & gas sector emitted about 70 million tonnes of methane in 2020 — the equivalent of around 2.1 billion tonnes of CO2, or 6.66% of annual global energy-related emissions.

In fact, every stage of the blue hydrogen production process — from extracting natural gas to transporting it, capturing the CO2 and moving it to storage, and compressing and transporting the hydrogen — has the potential for greenhouse gas emissions, especially if the power required is supplied from fossil fuels.

Earlier this week, more than 100 countries signed a commitment to reduce methane leakage by 30% before 2030, but key emitters Russia, China, India and Australia did not.

According to one recent peer-reviewed study that focused on historic methane leakage and carbon capture rates, blue hydrogen actually results in 20% more greenhouse gas emissions over its lifecycle than burning natural gas. While a recent yet-to-be-peer-reviewed study found that emissions could reach a low of a maximum low of 20 grams of CO2 equivalent (CO2e) for every megajoule of hydrogen (ie, 2.4kg of CO2e per kg of hydrogen) if the blue H2 is produced with zero upstream methane leakage and 93% carbon capture.

Norway and the Netherlands have a methane leakage rate of 0.01%, but the US leaks 1.8-2.5% of the fossil gas it produces, according to a January 2021 analysis commissioned by the US Environmental Defense Fund.

A lot of hydrogen

The Hydrogen Council report, co-authored by council members and consultancy McKinsey, claims that the world will need 690 million tonnes of green and blue hydrogen in 2050 in order to meet hydrogen demand of 660 million tonnes “due to losses in the supply chain, such as those from conversions to or from carriers, leakage in pipelines, or boil-off from liquid hydrogen storage or distribution”.

By the end of 2020, the world had only installed 714GW of solar, 182.8GW of onshore wind and 34.4GW of offshore wind, according to the International Renewable Energy Agency (Irena).

The report does not spell out what the future demand for clean hydrogen will be on a sector-by-sector basis, but explains: “In terms of end uses, hydrogen is critical for decarbonizing industry (e.g., as feedstock for steel and fertilisers), long-range ground mobility (eg, as fuel in heavy-duty trucks, coaches, long-range passenger vehicles, and trains), international travel (eg, to produce synthetic fuels for maritime vessels and aviation), heating applications (eg, as high-grade industrial heat), and power generation (eg, as dispatchable power generation and backup power).”

The Hydrogen Council has published the study during the the COP26 climate change conference in Glasgow, as part of a bid to convince “world leaders — public and private — to show concerted effort to materialise announced hydrogen plans around the globe to get the world on track with climate targets”.

“There is clear momentum in hydrogen investments, but a transformation of such magnitude requires unprecedented mobilisation of public and private resources through strong partnerships and policy support,” said Tom Linebarger, CEO of Cummins and co-chair of the Hydrogen Council. “We look forward to working with governments on hydrogen for the benefit of our shared climate goals.”

The Energy Transitions Commission says clean hydrogen demand by mid-century will be 500-800 million tonnes, but that 85% of that would be green, with only 15% — 75 to 120 million tonnes being blue.

And Michael Barnard, chief strategist of Canadian consultancy firm TFIE, believes that hydrogen demand will actually fall in the coming decades as demand for hydrogen from the oil refining and ammonia fertilizer sectors shrink, with electric technologies replacing the fossil fuels used for road transport and heating, and biofuels being used for shipping and aviation.