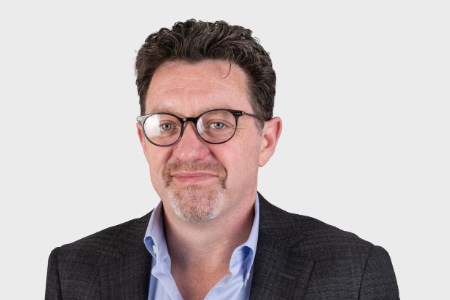 Wood has announced the appointment of Ken Gilmartin as new Chief Operating Officer (COO) and the latest member of the company’s executive leadership team. Gilmartin joins Wood as a direct replacement for existing COO, Dave Stewart, who will retire at the end of the year following an illustrious 25-year career at Wood.

Wood has announced the appointment of Ken Gilmartin as new Chief Operating Officer (COO) and the latest member of the company’s executive leadership team. Gilmartin joins Wood as a direct replacement for existing COO, Dave Stewart, who will retire at the end of the year following an illustrious 25-year career at Wood.

As part of his new role, Gilmartin will assume responsibility for execution excellence, operational assurance and optimising and digitalising the way Wood delivers work to its global client base. He will also lead the recently formed Operational Committee and build on the strong momentum in place as part of the strategic focus on building a consistent, high-quality way of working across Wood.

Robin Watson, Chief Executive, Wood, said: “Excellent project execution and optimising the way we work, in an increasingly digital world, are at the heart of delivering best-in-class solutions for our clients. I’m delighted to welcome someone of Ken’s calibre as our new Chief Operating Officer and have every confidence that he will provide the leadership and rigour to enable us to deliver against one of our most important strategic priorities.”

“I’d also like to put on record my sincere thanks to Dave for his contribution throughout an outstanding career at Wood. He played an instrumental role in helping to broaden the business across new end markets and, more recently as COO, his wisdom and leadership was key in putting in place the strong foundations for our Operational Excellence model which Ken will build on in the future.”

Gilmartin joins from Jacobs where he held a variety of operational and project leadership roles throughout his 15 years at the firm. Most recently, he was Executive Vice President of the People & Places solutions business where he held operational responsibility for more than half of Jacobs’ overall business portfolio serving public and private sector clients in a range of end markets. With over 25 years’ experience, Gilmartin has worked internationally throughout his career including leading the delivery of major programmes in Europe, Asia, North America, and the Middle East region.

Ken Gilmartin, Chief Operating Officer, Wood, said: “I’m delighted to be joining Wood at such an important point in the company’s evolution as the energy transition gathers pace. We are entering a new growth phase and I look forward to continuing the great work that has already started to build an operational platform that can deliver consistently excellent work for clients, create inspiring career opportunities for our people and generate improved shareholder returns.”

Gilmartin officially joined Wood on September 1st and will assume full COO responsibilities in Q4 as part of a managed transition process.

Read the article online at: https://www.worldpipelines.com/business-news/01092021/wood-strengthens-leadership-team-with-appointment-of-new-chief-operating-officer/