UPS Inc. and autonomous vehicle company TuSimple Holdings Inc. plan to expand their 3-year-old business relationship by adding routes where TuSimple will move cargo for the Atlanta-based company in autonomous, Class 8 trucks in the southeastern and western U.S.

While TuSimple’s autonomous system is driving the vehicles, a safety driver is in the truck at all times and able to take over if necessary.

TuSimple made the announcement Nov. 3. Neither company would disclose the number of trucks that would be used, but TuSimple CEO Cheng Lu told Transport Topics the vehicle routes would run between Arizona and Florida. In testing that is underway, the package delivery company has reported significant fuel savings at highway speeds. 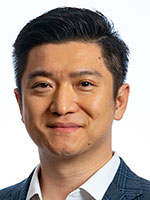 “One area that’s overlooked when it comes to autonomous vehicles is fuel efficiency,” Lu said from the company headquarters in San Diego. “To have this much empirical data, validated by a third party, shows a 13% improvement in fuel efficiency compared to our best test drivers when driven in manual mode.”

Lu said since 2019, TuSimple has driven more than 160,000 miles moving cargo for UPS’ North America Air Freight division, driving its trucks between 55 mph and 68 mph on routes that UPS typically would go between an airport and a distribution center.

“We’re all focused on removing the driver and being driverless, but fuel plays a very big part in the supply chain, and it’s the second-biggest cost item for any shipper,” Lu emphasized. “A 13% improvement in fuel efficiency is not only great for the environment, but for the bottom line. There are billions of dollars in savings for the industry.”

According to research from the American Transportation Research Institute, fuel is 24% of the cost per mile to run a heavy-duty truck, and it’s the highest cost for a company after driver wages and benefits, which account for 42%.

TuSimple CEO Cheng Lu spoke with Reuters to discuss TuSimple’s collaboration with UPS and the expansion of the TuSimple Autonomous Freight Network from Arizona to Florida. You can read all about it in the article below by Nick Carey.https://t.co/9KVRSOKVEJ

“The reason why an autonomous driving system can have a 13% fuel savings is the way the system operates the truck. Our system is very patient, and the behavior allows for better fuel efficiency,” Lu said. “If you have a more consistent acceleration and deceleration curve, less hard braking, it means massive savings with regard to fuel consumption.

“With no disrespect to a human driver, if you’re being paid on a per-mile basis, you’re incentivized to probably go faster when there is no traffic, and when there is traffic, you press the brakes a little more.”

Lu said the expansion with UPS will begin before Jan. 1. TuSimple’s autonomous truck network started in Arizona, and with this announcement, TuSimple will gain additional information for its planned rollout of a national autonomous freight operation by 2024.

TuSimple is developing its self-driving trucks in a partnership with Navistar International Corp., which is owned by Volkswagen AG’s truck unit, Traton. TuSimple also is working with technology company Nvidia Corp.

In this episode, host Michael Freeze asks, how are companies saving money by leasing trucks rather than owning? For answers, we speak with Jim Lager of Penske Truck Leasing and Al Barner of strategic fleet solutions at Fleet Advantage. Hear a snippet above, and get the full program by going to RoadSigns.TTNews.com.

The trucks are slated to run on interstates 10, 20 and 40 on UPS’ existing routes. The company also is running cargo from its newly opened terminal in Alliance, Texas, near Fort Worth, which serves its “Texas Triangle” — including Dallas/Fort Worth, Houston, San Antonio and Austin.

“These are TuSimple employees in the trucks. Today, we own the trucks, and they go through special training,” Lu said. “We do have continued work ahead of us, but this is by far the longest and deepest partnership I believe anyone has had in the industry, and I think it goes to show the maturity of our operations.”

When it announced its Alliance hub in June, the company said it would allow TuSimple to expand its reach across the Gulf Coast states to Florida and into the Southeast, including Georgia, the Carolinas and Tennessee. In the Dallas/Fort Worth area, Alliance is an important freight distribution hub with I-35, rail and intermodal facilities, and two major airports nearby.