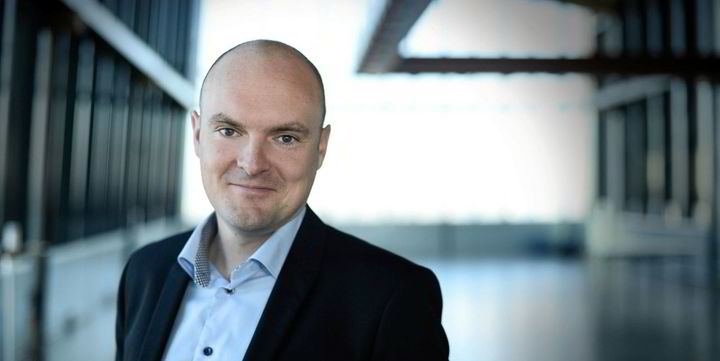 The wind industry needs to “start shouting” to politicians about the damage permitting and other regulatory delays are causing to Europe’s efforts to fight global heating, said a senior Vestas executive.

Morten Dyrholm, group head of marketing, communications and public affairs for the wind giant, said the up to 10-year process in some case facing developers to build a project makes a mockery of the high-level objectives set at summits such as the recent COP26 in Glasgow.

“Is that something we should just sit here and accept,” Dyrholm asked during a panel on the European Green Deal at WindEurope’s Electric City conference in Copenhagen.

“If we are to hit our targets we need to start challenging governments about streamlining processes.

“We don’t have time to wait. We need to step up our game… and start shouting about what really needs to happen.”

Along with grid infrastructure, permitting delays were a dominant theme at Electric City during discussions of barriers facing the wind industry as it chases massive expansion to meet EU targets for decarbonisation under the bloc’s 55% emissions reductions goal by 2030 and net-zero by 2050.

The EU’s new renewable energy directive requires member states to ensure that permitting takes no more than two years, but some industry figures expressed scepticism during Electric City over how rigorously that would be enforced.

Dyrholm said he was encouraged by the policy direction outlined this week by the incoming German coalition government, which set increased targets for renewables but also said it would tackle regulatory barriers to achieving them such as permitting issues, which for several years have badly hit growth in the onshore sector there.

“This is the first time I have seen a European government really putting in what seems like an action plan… including permitting.

“That’s the kind of centralised approach that I’m missing in many other countries. If you leave it down to the municipalities then you won’t reach your targets.”

Marc Becker, CEO of the offshore business unit for Siemens Gamesa, said the German coalition had clearly signalled that “this bottleneck will not be accepted” and had proposed measures to support local authorities to speed things up.

“I think there is really a chance to get something moving,” Becker told the Electric City panel.

“[For the] first time I see kind of a plan to get everything moving towards those targets. Maybe Germany can again after a long time be a good example of how to overcome some of those hurdles.”