The Urgent Need to Clean Up Transportation 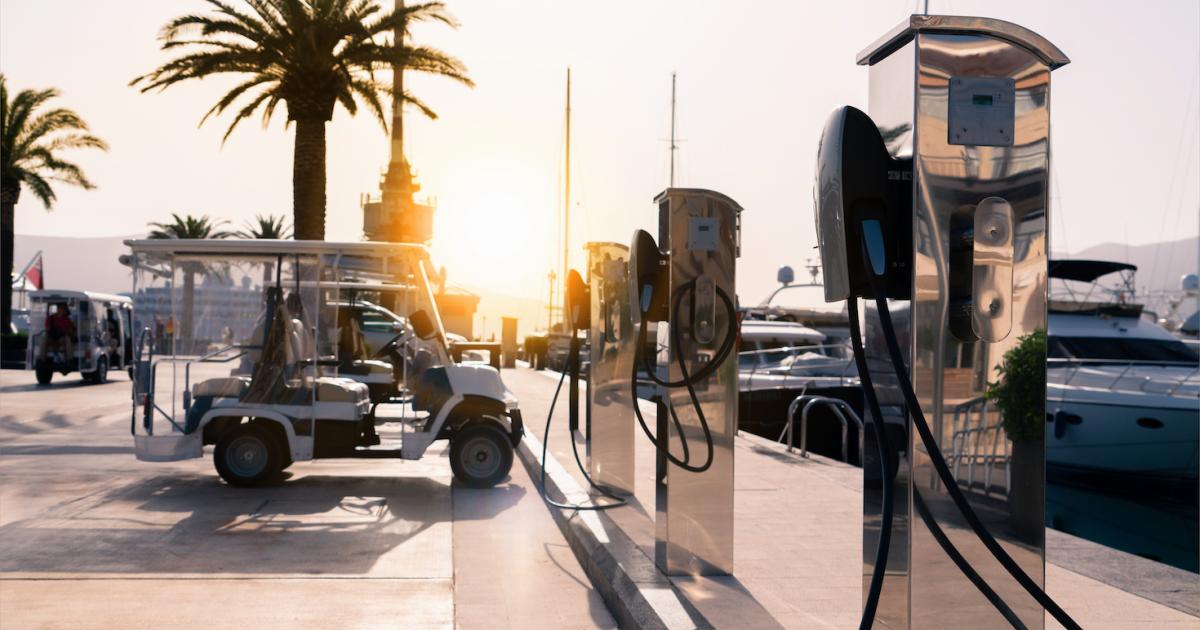 The bold EV targets set by President Joe Biden that 50 percent of all new vehicles in 2030 be electric underscore the growing consensus that we must rapidly electrify transportation. Three major automakers — GM, Ford and Stellantis — also issued a joint statement committing to 40 to 50 percent electric vehicle sales by 2030. These statements are a game changer, as vehicles currently produce 29 percent of U.S. carbon emissions and emit pollution that leads to hundreds of thousands of premature deaths around the world every year.

These moves also speak to why decarbonizing mobility is a crucial topic in the upcoming U.N. Climate Change Conference (COP26). The commitment from these vehicle manufacturers is a critical first step for the United States. But more needs to be done by leaders at COP26 to drive mobility decarbonization on a global scale. Leaders should align target dates for an internal combustion engine (ICE) phase-out, build the infrastructure to make these targets achievable, ensure a just transition and look beyond EVs.

These moves in the United States follow a trend of countries around the world that are setting electric vehicle goals. This includes the host of COP26, the United Kingdom. The U.K.’s ban on the sale of ICE cars beginning in 2030 is only one of many policies that range from Norway’s goal of 100 percent zero emission vehicle sales by 2025 to Costa Rica’s target to phase out sales of ICE vehicles by 2050.

But many of these countries, along with cities and states around the world, have different target dates for 100 percent EV sales. These disparate efforts give the appearance of a confusing transition, says Britta Gross, managing director of RMI’s Carbon-Free Mobility team. She argues that we should be able to reach consensus around a general date for phasing out ICE vehicles that is aligned with climate goals and applies at a minimum to the most advanced countries.

“Cities, regions, countries and even fleet operators are looking for leadership and a vision that conveys confidence,” Gross adds. “This is as much about identifying a North Star as it is aspirational. And sometimes it’s the aspiration that gets you there. It’s critical for us to all speak with one voice and rally behind a common goal.”

Corporations are committing to transition their fleets to electric vehicles as well. Uber has pledged to shift to 100 percent EVs by 2030; Amazon is purchasing 100,000 electric delivery vehicles; and FedEx plans to have a 100 percent EV fleet by 2040. These are only some goals being set by major companies around the world. But are all of these individual commitments enough?

“While these company commitments are great, we really need collaborative policymaking,” said Dave Mullaney, principal in RMI’s carbon-free mobility program. One of the best examples of this is the global memorandum of understanding (MOU) launched in December by the Transport Decarbonisation Alliance and CALSTART’s Drive to Zero campaign. The Global MOU is a call to reach 30 percent of new zero-emissions truck and bus sales by 2030 and 100 percent by 2050.

“No one nation alone can change the course of the global truck and bus sector’s increasing climate and air quality impacts. But together we can,” Bill Van Amburg, executive vice president of CALSTART and its Global Drive to Zero campaign, said in a press release. The organizers are trying to get as many signatory nations as possible before the Global MOU is presented at COP26.

The infrastructure behind the targets

Targets do not a transition make. We also need to back up the goals with infrastructure to make it successful. This means investing in the infrastructure that enables consumers to confidently purchase or lease electric vehicles. Biden is putting the U.S. on that path with his goal of installing 500,000 EV chargers by 2030.

Targets do not a transition make. We also need to back up the EV goals with infrastructure to make it successful.

However, increasing the number of chargers is not enough. We also need chargers in the right places. We must ensure that even low-income communities have access to charging, in both industrialized countries and developing countries. For example, in the U.S., 46 percent of all ride-hailing trips begin or end in low-income neighborhoods. Installing affordable EV chargers in these neighborhoods could greatly increase fleet electrification of companies such as Uber and Lyft and bring the benefits of EVs such as cleaner air to low-income communities.

One aspect of the transition that hasn’t gotten much attention yet is what will happen to all the ICE vehicles displaced by electric vehicles. “We wouldn’t want to see all the gasoline vehicles from industrial nations simply exported into the Global South or developing countries, while the rest of us enjoy the benefits of cleaner and newer electric vehicles,” said Gross. “This is something that deserves some global discussion.”

We also have a responsibility to design batteries that minimize the use of raw materials and maximize our ability to reuse, repurpose and recycle the batteries. The opportunity to reuse vehicle batteries in other applications, such as for grid storage, could prove to be immensely valuable as the grid transitions to an ever-increasing mix of variable renewables.

We must also look at other mobility solutions. Investing in public transit and bicycle and pedestrian-friendly infrastructure is crucial. We should remember the famous saying of Gustavo Petro, former mayor of Bogota: “A developed country is not a place where the poor have cars. It’s where the rich use public transportation.”

COP26 leaders only have to look as far as London for an example of a successful policy. In 2019, the city implemented ultra-low emissions zones in the 8 square miles covering central London. Hefty congestion fees are imposed on any vehicles driving in those zones that don’t meet strict emissions standards. Revenue from the fee helped the city retrofit and purchase new buses so that the entire bus fleet meets ULEZ emissions standards.

A study shows that 10 months after the zones were put in place, emissions decreased 44 percent and 44,000 fewer cars were entering and leaving the city. It has been so successful that it will soon be expanded 18-fold to include London’s main circular roads, an area of roughly 140 square miles.

No time to wait

The average life of a gasoline-powered car in the United States is 12 years and 25 percent of vehicles are still on the road after 16 years. If we’re still selling gasoline vehicles in 2030, these cars will still be on the roads after 2040. It doesn’t have to be this way. The leaders at COP26 have a great opportunity to take bold action and send a clear signal about the future they envision.

“Wealthier countries have to set the pace and pave the way for everyone else,” said RMI’s Gross. “And we have to act not only with a sense of urgency, but also with a sense of justice.”