The Urban, Low-Speed EV is Having a Moment 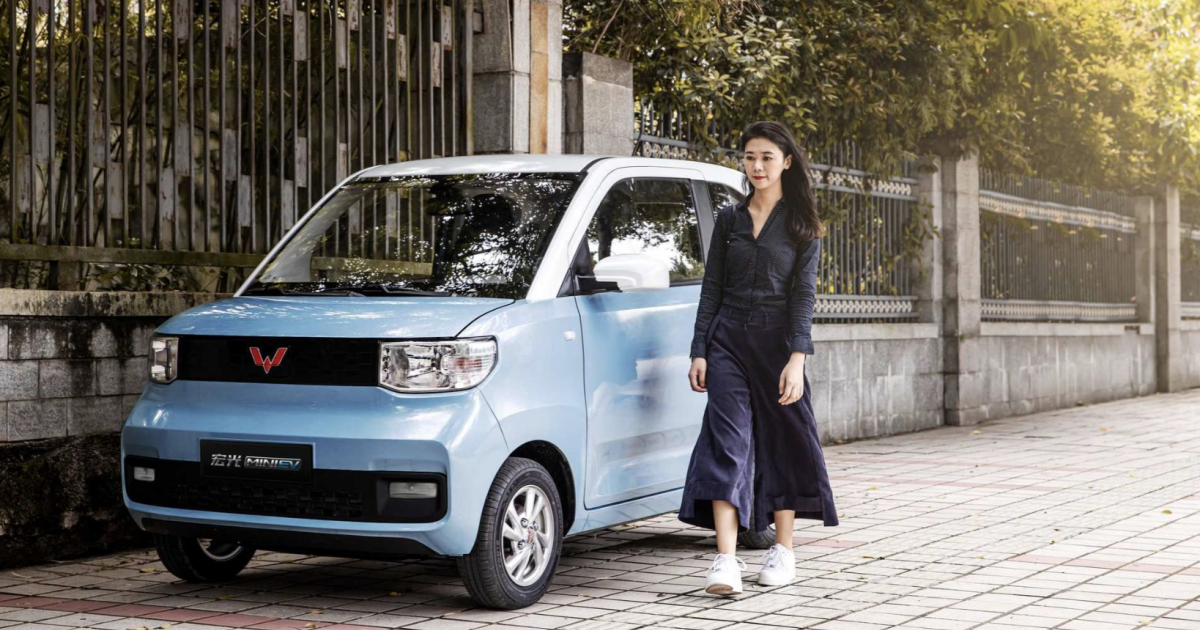 When Tesla unveiled its original luxury electric sports car, the Roadster, back in 2006, the company upended the idea of what electric vehicles could be. Prior to the emergence of the sleek and powerful Roadster, EVs were dismissed as essentially slow, tiny electric golf carts.

It turns out the EV evolution is coming full circle, at least in some regions in the world, reports Bloomberg.

In China, a 10-foot-long minicar called the Wuling Hongguang Mini — made by General Motors and Chinese automakers SAIC and Guangxi Automobile — is topping 250,000 in total sales. That makes it the best-selling EV in the country, outperforming Tesla’s Model 3 and others.

Young families are buying the car because at around $5,000 it’s cheap, it’s easy to drive, park and charge, and it’s fun to personalize with a Crayola box of color options and stickers from the likes of Pokemon and Hello Kitty. The car is reportedly ubiquitous in the Chinese city of Liuzhou, which has chargers all over the place; the city offers free parking and charging to support the growing EV market.

Back in the day, these types of EVs were called neighborhood electric vehicles. Depending how cheap and small they get, the “cars” start to dip down into micromobility vehicles, some even come with three wheels instead of four.

Along with China, European cities historically have been eager to support pint-sized vehicles for urban living. But major European automakers aren’t yet embracing the ultra-cheap EVs being sold in China. And the big American OEMs probably never will.

Will American consumers ever show interest in such EVs?

They haven’t so far. Daimler’s tiny Smart Fortwo (both electric and gas-powered) officially exited the U.S. market a few years ago after lagging sales. And companies such as GM and Ford are finding their key to growth in the gas-powered U.S. market is still larger vehicles such as crossovers and compact SUVs instead of regular old cars.

I’m interested in seeing if a niche market grows around importing some of these Chinese-made tiny cheap EVs to the U.S. and Europe. American and European vehicle safety laws will add significantly to the price of these low-cost EVs, such as the Hongguang Mini, and it’s likely that they would require various additions to even make them street legal in America.

But there are already a few distributors ready importing some of the Chinese ultra-low-cost EVs, and the website Electrek has an awesome recurring feature spotlighting Alibaba’s cheap and weird EVs.

Of course, charging infrastructure would be a key factor in helping support a new tiny urban EV world. Many urban citizens who would be interested in buying or accessing a cheap-n-tiny EV would be renters and would need some kind of charging network offered. The scooter-sharing companies also could be a natural partner when it comes to providing city dwellers more access to these vehicles, by offering tiny EVs in some of their parking spots, instead of just scooters.

I support city residents the world over who are leaning on smaller EVs that might have less power and be slower but are more efficient in urban environments. It just makes sense with the lack of space for driving, parking and charging.

Compact, urban electric vehicles are essentially a twofer for the climate. Electrification lowers emissions by swapping out fossil fuels, but small EVs are also more efficient and reduce congestion in cities.