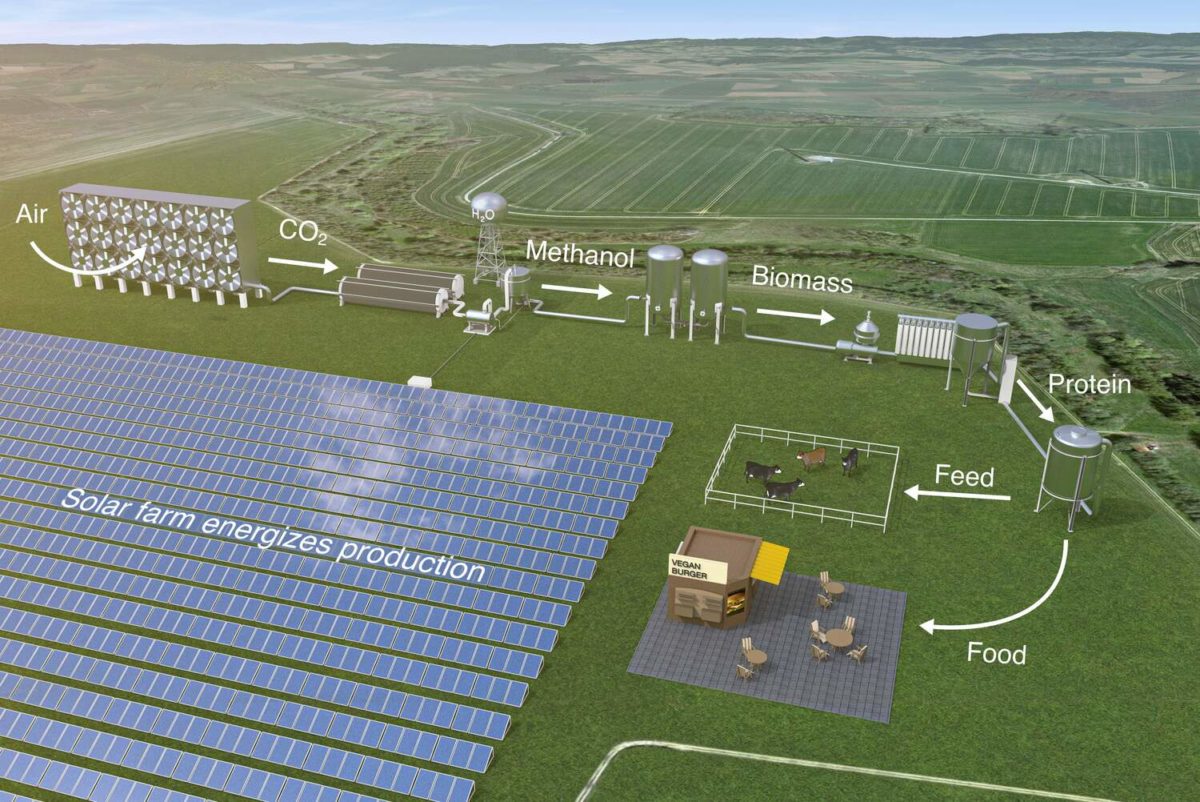 Producing nutrient-rich microbes with solar PV has the potential to produce more food with fewer resources, according to a German research group that modeled the large-scale production of microbial biomass by combining ground-mounted photovoltaics, air, water, and nutrients.

Scientists at the Göttingen University in Germany have proposed to combine solar power generation with the production of microbial proteins, which they believe may be an alternative to plant and animal proteins and ensure food security while reducing land consumption.

The production of microbial proteins, which consist of a powder that can be used as protein-rich feed for animals or as food for people, can be done by bacteria, fungi, yeast, and algae and is considered an alternative to growing conventional crops. The scientists note that a quantitative comparison between traditional agriculture and photovoltaic-driven microbial protein systems, in terms of land use and energetic efficiency, had not yet been made.

“We show that the production of microbial foods outperforms agricultural cultivation of staple crops in terms of caloric and protein yields per land area at all relevant solar irradiance levels,” the academics stated in the paper Photovoltaic-driven microbial protein production can use land and sunlight more efficiently than conventional crops, published in the Proceedings of the National Academy of Sciences of the United States of America (PNAS).

The German group modeled the large-scale production of microbial biomass, which is also known as single-cell protein (SCP), by combining ground-mounted photovoltaics, air, water, and nutrients to grow the microbial proteins. Under this configuration, PV is used to convert atmospheric CO2 derived from direct air capture into microbial biomass.

First, the electricity generated by the solar plant is used to produce chemical energy that is stored in electron donors such as hydrogen, methanol, and formate. This is then converted into chemical energy stored in biomass by microbial growth. In the final filtration step of the process, nucleotides, fatty acids, and carbohydrates are discarded from the biomass and only the protein is retained.

According to the researcher’s findings, the solar-powered production of SCPs requires only 10% of the land area compared to soybean, which is the most efficient plant crop. In addition, the report notes plants and animals use approximately 100 and 10,000 times more water to generate equivalent calories, respectively.

“The study calculated that even in northern climates with less sunshine, the yields of solar-powered microbial foods could far outproduce staple crops, while minimizing water and fertilizer use,” the academics emphasized. “Importantly, this production could also be located in regions not suitable for agriculture, such as deserts.”

They also acknowledged, however, that SCPs may have to deal with a difficult consumer acceptance in the food market or pressure on prices in the feed market.

Share on linkedin
Share on twitter
Share on email
PrevPrevious‘Cheaper than filling up at petrol pump’: one million electric vehicles on German roads
NextSupply Chain Sustainability Contributed to Resilience during the Pandemic, Report FindsNext