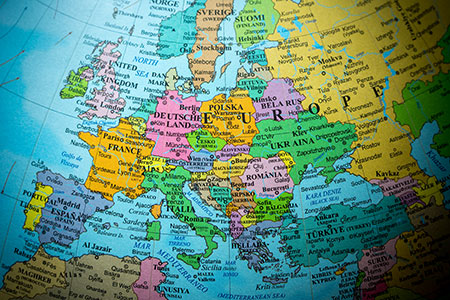 “We are pleased with BNetzA’s decision on granting both companies participation in the certification proceedings. The application for ITO model certification submitted by Nord Stream 2 AG proves that the Swiss company still seeks to obtain regulatory privileges. The effects of our involvement in the Nord Stream 2 case show that we can defend our position effectively. In the case of an application for derogation of the pipeline from the requirements of EU law, the Higher Regional Court of Düsseldorf shared the arguments raised by PGNiG SA and PST GmbH and dismissed Nord Stream 2 AG’s complaint,” commented Pawel Majewski, President of the Management Board of PGNiG SA.

PGNiG SA and PST GmbH are of the opinion that Nord Stream 2 AG does not meet the formal and substantive requirements for certification in the preferential model of Independent Transmission Operator (ITO). Moreover, both companies argue that a positive decision of the BNetzA would put at risk the security of supply of the EU and Member States.

“In the certification proceedings, we will also seek to ensure that the owner of Nord Stream 2 cannot avoid the application of ownership unbundling requirements, third party access and transparent tariffs which take into account the costs of the entire pipeline. We will prove consistently that Nord Stream 2 AG does not meet the formal and substantive requirements for the operator of the pipeline, in particular those relating to security of supply and the corporate structure of the company,” said Pawel Majewski.

Both companies emphasise that putting the pipeline into operation before obtaining a final certification decision will constitute a breach of German and EU law. Operating without final certification decision would lead to discrimination of other energy companies and distortion of the competition on the internal gas market. For this reason, PGNiG SA. and PST GmbH reserve their right to use all legal measures to oppose such conduct of Nord Stream 2 AG.

The certification proceedings were initiated on 8 September, 2021 after Nord Stream 2 AG submitted the complete application on 11 June, 2021. The European Commission participates in the proceedings and delivers its opinion to the BNetzA. While adopting its final decision, the German regulatory authority shall take the utmost account of the Commission’s opinion.

Read the article online at: https://www.worldpipelines.com/project-news/28092021/pgnig-sa-and-pst-granted-participation-in-nord-stream-2-certification-proceedings/