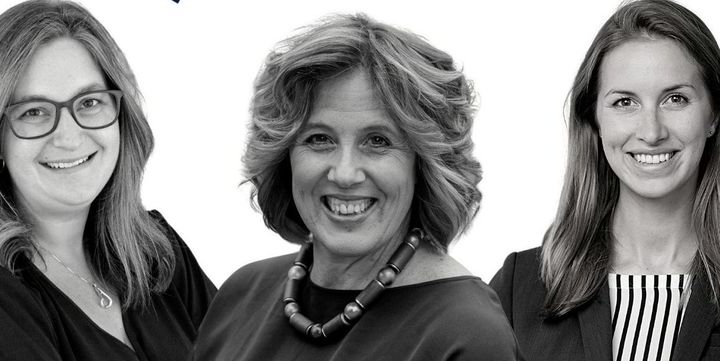 Ireland-headquartered renewables developer Simply Blue has signed a trio of offshore wind veterans as part of its emerging plans to push out into international floating markets, starting with the US.

Stephanie McClellan, founder of the highly influential US Special Initiative on Offshore Wind, Alana Duerr, who led DNV’s North American offshore wind advisory team, and Karolina Pietrzak, previously with engineering outfit Ramboll, join the company as it looks to build-out a 9GW pipeline of deepwater projects around the world.

“Floating is the future and next frontier for US offshore wind power,” said Kevin Banister, chief development officer of Simply Blue USA. “As Simply Blue assesses floating offshore wind markets around the globe, no opportunity ranks higher than the US.

“The time is right for floating offshore wind in the US and, combined with our experience as pioneers in the UK and Ireland ,we think we have the right team to provide leadership and push the industry forward,” he told Recharge.

Simply Blue CEO Sam Roch-Perks added: “Our US leadership team has, each in their own unique way, helped lay the foundation for US offshore wind.

“Their expertise and experience are just what’s needed to push the next frontier – floating wind off America’s coasts. This team, combined with Simply Blue’s experience in floating wind projects in Ireland and the UK, will hasten the expansion of US offshore wind into new areas that have vast, untapped wind resources.”

The US National Renewable Energy Laboratory (NREL) forecasts floating wind will grow into a 30GW market by 2040 in the country’s Pacific and Atlantic waters as almost two-thirds of its offshore resources are in depths to great for bottom-fixed foundations.

Walt Musial, who leads offshore wind research at NREL, said: “By [our] assessments, some 60% of viable offshore wind resources in the US can only be tapped with floating wind, and costs are coming down rapidly.”

In March, the Biden administration set a “national goal” of developing 30GW of offshore wind by 2030 and while early attention has focused on fixed platforms in shallow waters off the eastern seaboard, deeper waters off California, Oregon, Hawaii, Gulf Coast, and the Great Lakes – and also farther-from-shore sites off the east coast could hold “as much or more potential for development” using floating technology, according to NREL calculus.

Simply Blue recent saw the Octopus Renewables Infrastructure Trust make a €15m ($17.6m) capital investment to spur the developer’s lead-off projects, which include the 1GW Emerald floating wind array being developed with Shell off Ireland, the giga-scale Blue Gem portfolio in progress with TotalEnergies off Wales, and the 200MW Salamander off Scotland.