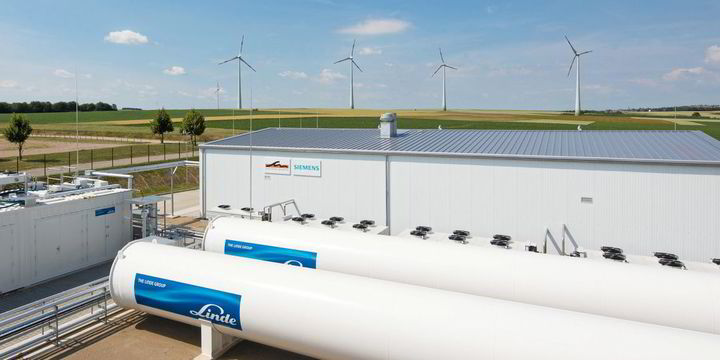 Green hydrogen will be so much more expensive to produce than grey H2 from unabated fossil fuels, on average, that not even a carbon price of €200 ($237) per tonne — roughly four times higher than today — would make it cost-competitive this decade, according to a new report from German think-tank ﻿Agora Energiewende﻿.

Governments will therefore need to subsidise the required ramp-up of renewable hydrogen “for a considerable time” — at an annual cost of €10-24bn across the EU in the 2020s, says the study, Making renewable hydrogen cost-competitive, which was co-produced by analyst Guidehouse and legal firm Becker Büttner Held.

This means that the use of green H2 should be limited to only those sectors that “urgently need renewable hydrogen to become climate-neutral” — namely ammonia, chemicals production, steel, long-term energy storage, long-haul aviation and maritime shipping (the latter two using fuels derived from clean hydrogen).

Using green hydrogen for cars, the heating of buildings and low-temperature industrial heat is therefore a “bad idea” the report says.

It describes the use of renewable H2 for high-temperature industrial heat, trucks and buses, short-haul aviation and shipping as “controversial”.

And the notion of blending up to 20% hydrogen into the gas grid “would divert renewable hydrogen from uncontroversial applications that truly require hydrogen to become climate-neutral” and would therefore be “unsuitable for catalysing a renewable hydrogen ramp-up” — an argument that the natural-gas industry has been using to get government support for blending.

“Using taxpayer money to support renewable hydrogen in an era of already strained public budgets will require compelling justifications,” the report explains. “In particular, it will necessitate a basic agreement on where to prioritise investment and what kinds of projects are beyond question in terms of their compatibility with the goal of climate neutrality.

“Therefore, renewable hydrogen needs to be channelled into uncontroversial applications (as outlined above) with high priority.”

The study explains that “carbon pricing will be a cornerstone of the needed policy framework… [but] it is important to acknowledge its limits in the short to medium term”.

By contrast, blue H2— produced from natural gas with carbon capture and storage — does not need additional policy support, because it is significantly cheaper, the report says.

Therefore, blue hydrogen “could be used as a bridge technology, by satisfying and encouraging demand for H2, and by supporting associated infrastructure expansion, easing the transition to a fully renewable H2 economy”.

The study also acknowledges that the pace of green hydrogen expansion will “largely depend on the growth in renewable energy sources… [which] represents a massive and in some ways unprecedented challenge for the energy transition… [that] should impress upon us the need to prioritise the uptake of hydrogen to uncontroversial no-regret applications”.

It points out that at the end of 2020, the EU had installed 316GW of wind and solar, but that meeting the EU’s 55% reduction goal by 2030 would require 801GW — and this is without the addition of the renewable energy for the production of green hydrogen at scale.

“Indeed, while necessary for the broader energy transition, renewable H2 may remain a scarce resource in the future, due to political, economic or technical constraints to its expansion.”