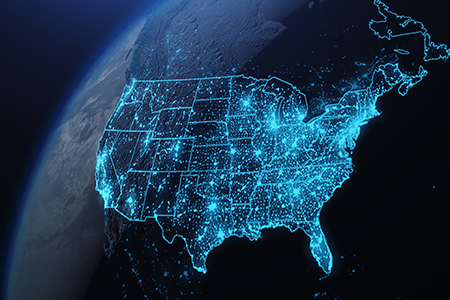 The US Department of Transportation’s Pipeline and Hazardous Materials Safety Administration (PHMSA) is issuing a final rule that expands federal pipeline safety oversight to all onshore gas gathering pipelines.

The rule, initiated over 10 years ago, expands the definition of a ‘regulated’ gas gathering pipeline that is more than 50 years old. It will – for the first time – apply federal pipeline safety regulations to tens of thousands of miles of unregulated gas gathering pipelines. The final rule will – also for the first time – require pipeline operators to report safety information for all gas gathering lines, representing more than 425, 000 additional miles covered by federal reporting requirements.

“After years in development, these new regulations represent a major step to enhance and modernise pipeline safety and environmental standards” said US Transportation Secretary Pete Buttigieg. “This rule will improve safety, reduce greenhouse gas emissions, and result in more jobs for pipeline workers that are needed to help upgrade the safety and operations of these lines.”

A number of incidents have occurred on these high pressure, unregulated lines – tragically leading to fatalities, injuries, and large amounts of greenhouse gas (methane) emissions. For example on 8 June 2010, a bulldozer struck a 14 in. gas gathering line in Darrouzett, Texas, causing an explosion that killed two workers and injured three others, including one worker who was critically injured and required medical evacuation by helicopter. On 29 June 2010, three men working on a 24 in. gas gathering line in Grady County, Oklahoma, were injured when it exploded; one worker was airlifted to a nearby hospital with burns covering half of his body. On 9 August 2018, corrosion on a 10 in. gas gathering line resulted in another explosion in Midland, killing a three year old girl and badly burning three other members of her family. On 10 September 2018, a pipeline exploded shortly before 5 am in Center Township, Pennsylvania, destroying one home about 500 ft from the blast, prompting evacuations of neighbours, damage to powerlines, and closing the nearby interstate.

More than 1000 metric t of high-global-warming-potential methane gas are emitted, on average, with each pipeline rupture. A single rupture from a large, high-pressure gas pipeline can release more than 1300 metric t of methane emissions into the atmosphere.

Altogether, PHMSA estimates that there are at least 425 000 miles of onshore gas gathering lines that have not been subject to PHMSA oversight but will be after this rule takes effect. The rule establishes a new category of regulated onshore gathering lines covering higher-pressure lines that pose a heightened risk in rural areas – and applies existing pipeline safety requirements to tens of thousands of miles of these pipelines. The rule also requires all onshore gas gathering pipeline operators to begin filing incident reports and comprehensive annual reports. Currently, without this data, estimates for the greenhouse gas impacts of highly potent methane pollution are uncertain. The Pipeline Safety, Regulatory Certainty, and Job Creation Act of 2011 required PHMSA to review existing regulations for gas gathering lines. The draft of this rule was first proposed [more than five years ago] on 8 April 2016. PHMSA is currently working to develop additional regulations that will enhance the safety oversight of gas gathering pipelines.

Read the article online at: https://www.worldpipelines.com/regulations-and-standards/02112021/new-federal-regulations-add-more-than-400-000-miles-of-gas-gathering-pipelines-under-us-federal-oversight/