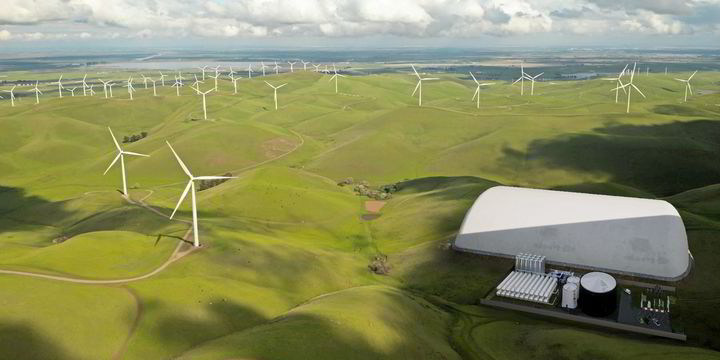 A new global CEO-led organisation aiming to accelerate the replacement of fossil-fuel power back-up with zero-carbon alternatives was launched today at COP26.

The council is due to publish a strategic report on LDES technologies later this month, with the aim of enabling 11.5-2.5 terawatts of capacity and 85-140TWh of long-duration energy storage globally by 2040 — requiring $1.5-3trn of investment.

LDES is usually defined as any technology that can output stored energy at full capacity for longer than four hours — the typical length of storage for lithium-ion batteries.

“Energy generation with renewables is unpredictable due to the nature of wind and solar power, while energy consumption sees daily peaks around early morning and evening,” the LDES Council explained in a statement.

“These over-supply and over-demand fluctuations create an imbalance in electricity supply that is equivalent to around 10% of all electricity consumed. Today, these fluctuations are largely met by burning fossil fuels because lithium-ion batteries are too expensive for storage beyond eight hours, but could be met by new LDES technologies that capture renewable energy.”

Various LDES technologies are in development or have already been commercialised, including mechanical, electrochemical and thermal solutions.

Regular Recharge readers will be familiar with many of the technologies that have been invented by founding members, including:

“Long duration energy storage is already increasing momentum with over $3bn invested in technology providers in the last five years,” said the council. “In the near future, building the momentum to reach net zero will require 1TWh of capacity to be deployed globally by 2025 with over $50bn [of] investment. Globally, only around 7% of this required storage capacity exists today.”

Thermal LDES members that store energy as heat in a solid or liquid include Echogen, Malta, Stiesdal and Azelio.