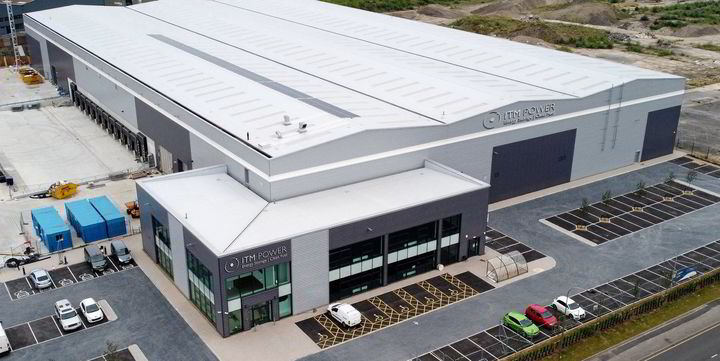 Other gigascale H2 electrolyser production plans include those of Nel in Norway (2GW), Plug Power (3GW) in the US, South Korea and Australia (the latter being a 2GW joint venture with Fortescue Future Industries); McPhy in France (1GW) and Cummins/Iberdrola in Spain (1GW).

ITM Power only in January had opened its new 350MW PEM electrolyser plant in Sheffield, northern England, which it said will cut the cost of electrolysers by almost 40% in the next three years and could be scaled up to at first 1GW, and later even more.

Plans for a rapid rise in electrolyser manufacturing come as ever more giant green hydrogen projects are being announced around the globe.

ITM in its release gave no details about the planned expansion of its electrolyser manufacturing to 5GW.

The company’s chief executive Graham Cooley in an interview with Recharge earlier this year stressed that electrolyser production could be scaled up very fast at the Sheffield factory if there are enough orders.

“It’s a very simple process to expand it to 700MW and then 1GW. If we get a gigawatt order today, it will be a gigawatt factory,” he said.

ITM Power said its placement was oversubscribed and that it has conditionally placed 57,495,000 placing shares with institutional investors and certain directors at a price of 400 pence per new share. The new shares are expected to be admitted to trade at the London Stock Exchange on November 4.