Sunday, while Richard Branson was blasting into space, 12 teams of 24 drivers in 24 electric racing cars competed in the 11th round of the 2021 ABB FIA Formula E Championship.

The international racing series for fully electric single-seater race cars returned to the 1.42-mile course at the Brooklyn Cruise Terminal in the Red Hook neighborhood of the Brooklyn borough of New York City for the fifth time. Now in its eighth season, much has changed since GreenBiz covered the inaugural event in 2017. For example, since 2018, the 45-minute race has been completed in a single car, rather than drivers changing to a second car halfway through the race due to limited battery range. Manufacturers taking part in this season include BMW and Jaguar, whose drivers both captured checkered flags over the weekend (in rounds 10 and 11, respectively).

When I was invited to Brooklyn to cover this year’s event, my first thought was that it seemed like a really cool thing to cover. I don’t know much (rather, anything) about racing, but looking into the event inspired three main questions I wanted answered, including why I thought something I know so little about sounded, well, sexy. Although I didn’t attend the event in person, I was able to get some time during press day Friday with Theodor Swedjemark, chief communications and sustainability officer with ABB.

I wasn’t very familiar with the company at first introduction, but the name was instantly recognizable — and not just because it is the title sponsor of the race. ABB provides 40 percent of the DC fast chargers in the U.S. today. Beyond electric vehicles, it is electrifying marine transport in the U.S. in New York and Washington state.

Liz Morrison: What’s the coolest thing about the Formula E race from your perspective, and what’s your favorite part of it every year?

Theodor Swedjemark: For me it’s about the whole concept of what Formula E is — it’s the future kind of racing rather than the past. And that’s what really makes me the most excited every time. It’s somehow amazing, even though I’ve driven an electric car myself now for quite some time. But every time you go to the race and you see these cars and what they are able to do, you realize how far it has come and how much this has helped create excitement and exposure to the general public and driving EV adoption. I mean, it’s really wheel-to-wheel action — it’s people competing against each other on the absolute highest level possible. It’s about energy preservation, it’s about tactics strategy, and they spend a lot of time analyzing data. It’s a super-perfect platform for showing what the future is all about.

Morrison: What e-technologies have been developed and tested on the track that have made their way to the mainstream market?

Swedjemark: Big automotive OEMs like Mercedes, BMW, Porsche, and Nissan are really using this as a testbed for a lot of software, such as the whole drive train — so the motors, the power electronic devices and all that. Just one example from Jaguar is that after they had finished this race series, which was a pre-race, they used the learnings to update the software in their Jaguar I-PACE and extend the range by 20 miles or so on the existing infrastructure. So that’s just kind of one example but, very seldom do the manufacturers make this concretely known. But they draw learnings from this, for example. Porsche uses all the learnings from this, and they implement it in their electric cars, as is the same with Mercedes and BMW.

Morrison: Do you have an example of new technologies that are being used this year? What is new to the race this year, in general?

Swedjemark: We have this concept of the “generation cars,” and it is still on Gen Two, so nothing fundamentally changes until the next generation car. But of course, they do continuous improvement of all the software within the drive train and within the boundaries of what they are allowed to do, like in most motorsports. I wouldn’t say there’s nothing revolutionarily new, but it’s more about continuously pushing forward the development of these critical components as part of the car and the whole setup. You can see that year-by-year as they get more performance out of the same car.

I would say one big, interesting thing that has happened during the season is that for the first time in the history of Formula Two the cars raced on the same track as the Formula One, the classic Grand Prix track in Monaco. So that’s pretty cool, and it really shows how quickly this is evolving, so that the cars are able to race on exactly the same track in such a classical location. 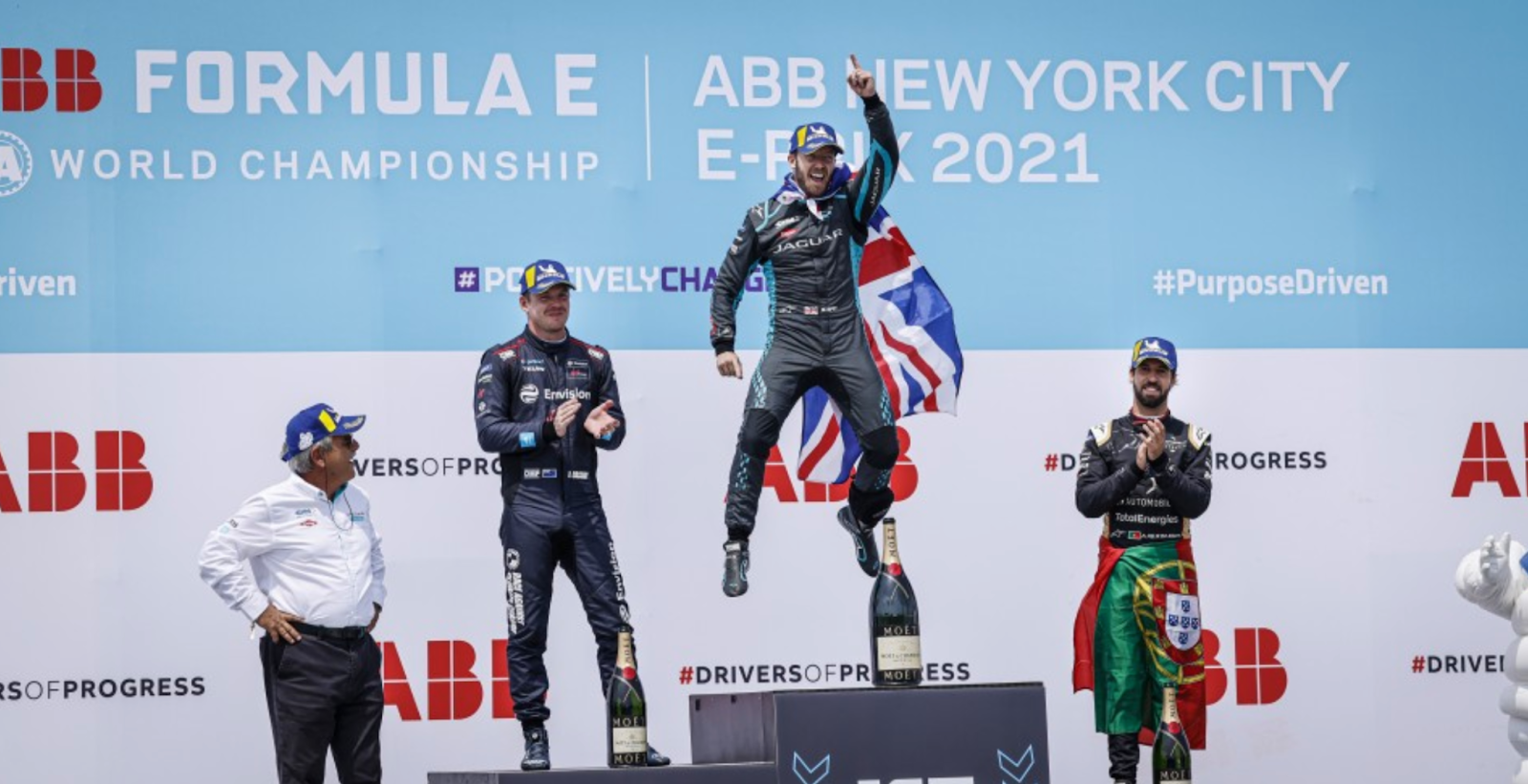 If you missed last weekend’s race in New York, don’t worry; Round 12 takes place in London in just 10 days. You can also watch race highlights and more on the Formula E YouTube Channel.