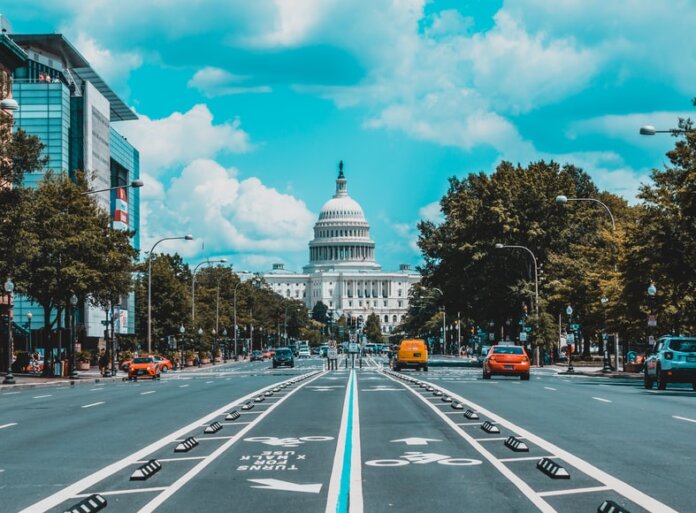 Late Friday, the U.S. House of Representatives passed a $1 trillion federal infrastructure spending bill that will not only modernize the nation’s roads and bridges, but also provide a boost to transit agencies’ efforts toward decarbonization and help build a nationwide network of electric vehicle charging stations.

“The Electric Drive Transportation Association applauds the historic step toward e-mobility,” says EDTA President Genevieve Cullen. “The [bill] will accelerate the transition to electric transportation, with critical investments in EV infrastructure, consumer and commercial vehicles and transit, [and] critical materials, as well as a modernized grid and advanced manufacturing.”

Among the legislation’s provisions are $7.5 billion earmarked to develop EV charging infrastructure coast to coast, aimed at addressing climate change and supporting domestic manufacturing. The bill will provide funding for the deployment of chargers along highway corridors to facilitate long-distance travel, as well as within communities.

The bill also focuses heavily on supporting the rollout of electric buses – both for public transit and schools – with more than $5 billion helping to deliver thousands of electric school buses nationwide and to deploy zero- and low-emission buses in U.S. towns and cities.

And as a part of nearly $90 billion being invested in public transit, $5.75 billion will go toward replacing thousands of transit vehicles with zero-emission vehicles. Funds are also specifically targeted toward training the transit workforce to maintain and operate these vehicles.

Although electrification takes center stage among the bill’s clean-transportation measures, the legislation was designed to be inclusive of other alt-fuel options.

“This legislation is a key tool for fighting climate change and decarbonizing our heavy-duty transportation sector through investments in alternative and renewable fuel technologies, including natural gas,” says NGVAmerica President Dan Gage.

The plan includes funding for the buildout of natural gas vehicle fueling infrastructure in the federal alternative fuels corridors grants program, funding eligibility for renewable natural gas and natural gas-fueled transit buses, and investments in the Clean School Bus program, including a 50% set-aside for low-emission and zero emission non-diesel buses.

“This legislation provides an added incentive for fleets of all sizes – public and private – to transition to clean natural gas transportation fuel,” Gage adds. “Heavy-duty vehicles are the fastest-growing vehicle segment and among the largest contributors of pollutant and greenhouse gas emissions in the transportation sector. Natural gas vehicles are zero-emission-equivalent and can be carbon-neutral – even negative – depending on the natural gas source.”

The legislation, which passed by a vote of 228-206, is expected to receive President Biden’s signature.