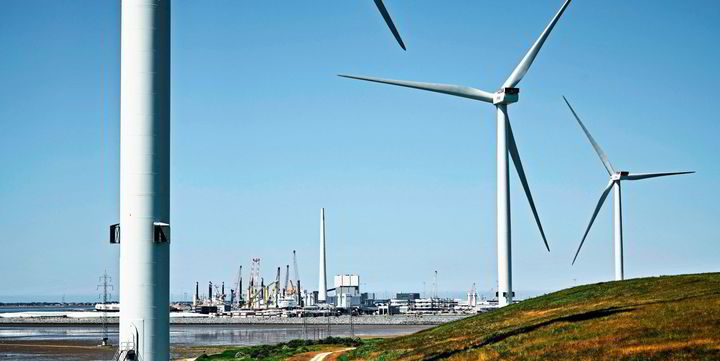 Denmark is planning a second gigawatt-scale green hydrogen plant at the North Sea port of Esbjerg, as the Nordic country is advancing in its plan to decarbonise its economy through the massive use of green hydrogen in hard-to-abate sectors of the economy such as road transport.

The municipality of Esbjerg has just sold an 11-hectare plot of land to Swiss renewables developer H2 Energy Europe for the construction of a 1GW electrolyser to produce green hydrogen, which is planned to be fed with electricity from offshore wind farms.

The green H2 will then be processed further to produce e-fuels that can be used directly in trucks and other heavy land-based transport, according to regional association Business Esbjerg, which told Recharge the volume slated to be produced will be enough to fuel 10,000 trucks on Danish roads for one year.

“The plans of H2 Energy Europe help us write a new chapter in the history of Esbjerg as a business centre. From fishing and oil extraction, Esbjerg is rapidly moving towards a future that helps underline Denmark’s status as a green superpower,” said Danish climate and energy minister Dan Jørgensen.

“New green fuels and hydrogen are crucial for the green society of the future – not only in Denmark, but also in Europe and around the world.”

Esbjerg is already the chosen location for another offshore wind-to-hydrogen project backed by investor Copenhagen Infrastructure Partners (CIP), which in February announced plans for a 1GW electrolyser and an adjacent green ammonia plant to supply Scandinavian shipping and agricultural giants such as Arla, Danish Crown and Moller-Maersk.

Both green hydrogen projects in Esbjerg could become Europe’s largest in operation once they start producing, which is expected for the middle of the decade.

“First and foremost, there is a geographical advantage due to its location relative to North Sea offshore wind, just as the area has a good location in terms of export opportunities to large industrial areas in Germany and Northern Europe, where a major share of production is expected to be hydrogen-based in the future.”

To build a gigawatt-sized green H2 production site and set up a green ecosystem even in renewables-friendly Denmark poses some hurdles that need to be overcome, zur Nieden added, “including the accelerated construction of hydrogen pipelines, but in close cooperation with the Danish government we believe that this is feasible.”

H2 Energy Europe first plans to establish a small-scale green hydrogen production that is slated to be up and running next year so that first H2-fuelled trucks can be in operation on Danish roads, to be followed by the 1GW plant by 2024 – depending on permits and other approvals.

The company already produces green H2 in Switzerland and has almost 50 hydrogen trucks in operation and a further 1,600 hydrogen trucks to be delivered in the next few years. H2 Energy Europe also has a network of hydrogen refuelling stations in partnerships with large industrial players such as Hyundai, Alpiq and Linde.

Business Esbjerg told Recharge it isn’t clear yet, from which offshore wind farm the electricity for the new H2 plant should come from, adding that Danish power grid operator Energinet is involved in the issue.

The parts of the already operational Horns Rev wind cluster are in waters close to Esbjerg, and the 1GW Thor project is slated to be online by 2027. There are also three German North Sea wind farms running close to Esbjerg (Butendiek, Dan Tysk and Sandbank), but it is unclear whether power-thirsty Germany would have electricity to spare for a hydrogen mega-project in Denmark, which has much more sea space available.

“In the evaluation process we ensured the availability of the needed green electricity, and we are in the process with several wind park owners and developers to sign off the PPA’s,” von Nieden told Recharge.

“Thor is very interesting to build up more production capacity.”

Denmark is also planning the world’s first energy island in the North Sea, which at first is planned to be connected to 3GW of offshore wind capacity, and may also be linked to or harbouring green hydrogen projects.