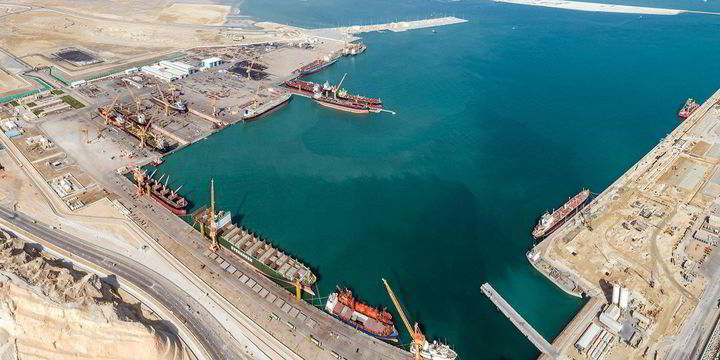 German utility Uniper has joined Belgian contractor DEME Concessions and the Alternative Energy unit of Oman’s national oil company OQ in an ambitious plan to produce huge volumes of green hydrogen and ammonia from wind and solar plants in the Arab Sultanate.

Uniper, which is owned by Finnish utility Fortum, under a cooperation agreement is slated to provide engineering services and negotiate an exclusive offtake agreement for green ammonia as part of the HYPORT Duqm project to be built in the Special Economic Zone at the Arabian Sea port of Duqm, Oman.

With Uniper on board, the HYPORT Duqm shareholders expect to strengthen their business case and secure financing for the project.

“We need to get hydrogen out of the laboratory and start using it in large-scale applications and marketable industrial solutions — we should turn it into a market and exploit its wide variety of uses,” said Uniper chief operating officer Niek den Hollander.

“One way of achieving this is to import green ammonia and convert it into hydrogen, which is something we are looking at for Wilhelmshaven on Germany’s North Sea coast.

“Germany will be heavily dependent on imports if we want to use hydrogen to help us achieve our climate goals.”

DEME and OQ last year already had announced plans for a 250-500MW electrolyser facility to produce green hydrogen or derivatives such as green ammonia from wind and solar power plants in Oman. The companies now added that this first facility – dubbed HYPORT Duqm Phase 1 – is planned to be operational in 2026.

Through future expansions in subsequent phases, Oman plans to transform the special economic zone at Duqm into a green hydrogen hub for the Sultanate and the wider region, which his slated to feature a complete green hydrogen value chain including the installation of up to 1.3GW of wind and solar power capacity.

Germany and other EU countries plan to import vast volumes of green hydrogen or its derivatives as they expect there won’t be enough physical space in Europe to install the massive amounts of renewable energy needed for ramping up a green hydrogen economy to make its net zero ambition by 2050 possible.

“This project will not only contribute to the challenging European ambitions to reduce CO2 and GHG emissions (as expressed in the Green Deal and Fit for 55 objectives), but will also strengthen Oman and the Sultanate’s visionary future,” DEME Group chief executive Luc Vandenbulcke said.

HYPORT Duqm is slated to connect to Port of Duqm’s new export terminal, storage infrastructure and liquid jetties and will use the port as gateway for global exports of green hydrogen or derivatives.

Oman under its recently announced 2040 Vision targets to reach a non-oil share of 90% of its gross domestic product (GDP) by 2040. To reach that, the Sultanate among other measures also plans to build 25GW of wind and solar capacity through a consortium of OQ with developer InterContinental Energy and Kuwait-based Enertech that also envisions massive green hydrogen production and exports.