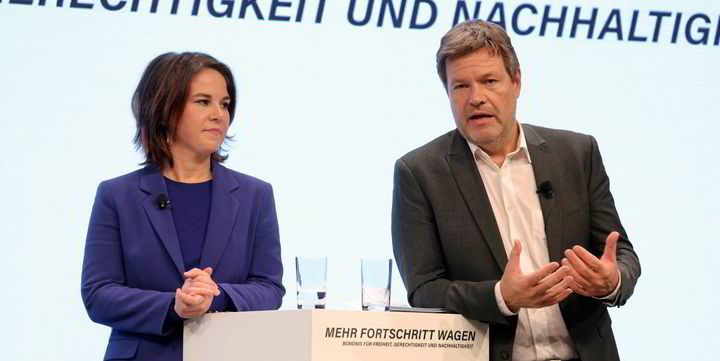 The incoming government next year plans to double Germany’s green hydrogen electrolyser capacity target to 10GW by 2030, the Social Democrats (SPD), Greens and Free Democrats (FDP) said in their coalition treaty that was unveiled on Wednesday.

The world only has about 200MW of electrolysers currently installed globally, according to analyst Aurora Energy Research, and there are concerns that even a huge ramp-up in their production will not be sufficient to meet demand by the end of the decade.

Chancellor Angela Merkel’s Germany became one of the first countries to launch a national hydrogen strategy last year, which had aimed for the production of green hydrogen from 5GW of onshore and offshore renewable plants, with a further 5GW of domestic electrolyser capacity foreseen by 2035 or 2040.

The new government of designated Chancellor Olaf Scholz now plans a drastic acceleration of the energy transition in Europe’s largest economy, which includes the development of a hydrogen economy on an industrial scale.

The higher electrolysis capacity will be reached through a massive expansion of offshore wind energy as well as European and international energy partnerships, the coalition treaty states.

To achieve the build-up of the infrastructure necessary for the hydrogen ramp-up, the new government plans to create new “efficient” support programmes in the sector, including green H2 quotas in public procurement.

And while the document says it does not want to limit the usage of H2, it adds that green hydrogen should prinarily be used in economic sectors where greenhouse gases cannot be eiliminated through direct electrification. That would apparently rule out that use of H2 for the heating of buildings.

The coalition agreement also wants to support the creation of a European Union for green hydrogen, to help the bloc to become the leading market for H2 technologies by 2030.

Green Party co-leader Robert Habeck is likely to become economics and climate minister after Scholz is elected (foreseen for the week of December 6), while the Green’s other co-leader Annalena Baerbock may become foreign minister.

Baerbock in an interview with the Tagesschau 24 public channel said climate issues will be a key feature of Germany’s future foreign policy.

The incoming government plans to accelerate planning and permitting for power and hydrogen grids, with an early citizens’ participation. For that, the coalition by mid-2023 wants to present a ‘system stability roadmap’.

As the new coalition thinks it won’t be able to ramp renewables fast enough to simultaneously phase out nuclear energy and coal, it has decided to use fossil gas as a bridge technology and build new gas-fired power stations to temporarily replace coal and lignite-fired plants.

Those new gas-fired power stations should, however, already be fit for the usage of climate-neutral gases (H2-ready).

Particularly the FDP had insisted on technology-neutrality for a fast ramp-up of the hydrogen economy, which in practice will mean that Germany temporarily will also allow blue hydrogen, which is produced from natural gas linked to carbon capture and storage (CCS).