Fossil fuels’ subsidy billions in draft COP crosshairs for first time – but will ‘Saudi and Australia gut it’? 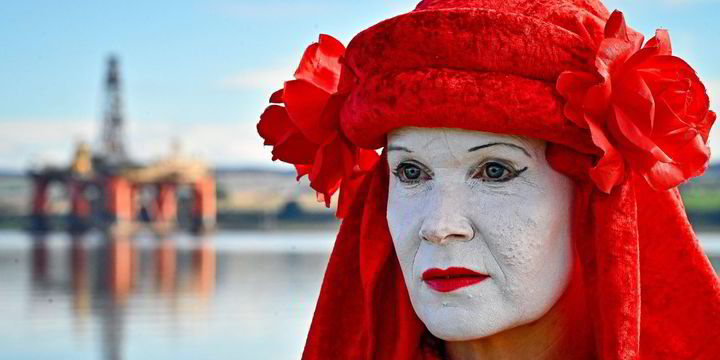 Fossil fuel subsidies are for the first time in the crosshairs of a draft COP26 agreement, in what was hailed as a potential significant ramping of pressure on a sector that receives hundreds of billions of dollars of support from governments.

A first draft COP26 agreement released by the UK’s summit president Alok Sharma includes a call to “accelerate the phasing-out of coal and subsidies for fossil fuels”, as well as urging nations to accelerate the setting of stronger 2030 climate targets to the end of next year at the latest.

The draft will now be subject to intense negotiations in the final days of the Glasgow summit, but analysts said if the fossil fuel subsidies clause remains in any ultimate agreement, it would be a landmark.

“If the coal and fossil fuel phase-out language survive, that’ll be a first for a COP decision,” said Richard Black, senior associate at the UK-based Energy and Climate Intelligence Unit (ECIU).

Subsidies to the fossil fuel sector have long been a key target of climate campaigners, who argue that continued massive support for the oil & gas industry is incompatible with global decarbonisation, perpetuating polluting industries and siphoning off funds that could be used for the energy transition.

The reference to fossil fuels contains no timescale commitment, and campaign group Greenpeace warned that the inclusion of the line in the draft was no guarantee that it would make the final cut of COP26, let alone lead to meaningful action, if nations with vested interests push back.

Executive director Jennifer Morgan said: “While the text calls for an accelerated phaseout of coal and fossil fuel subsidies, wreckers like the Saudi and Australian governments will be working to gut that part before this conference closes.

“Ministers now have three days to turn this around and get the job done here in Glasgow instead of once again kicking the climate can down the road.”

The call for accelerated submission of upgraded 2030 climate plans followed the release of a slew of alarming data on the gap between pledges made so far and the levels of emissions reduction needed to avert catastrophic global heating.

Recharge reported on Tuesday claims from research group Climate Action Tracker (CAT) that pledges announced so far at the COP26 conference for 2030 still leave the world facing emissions “around twice the level” necessary to slow global heating to the Paris Agreement target of 1.5°C above pre-industrial temperatures.

Bill Hare, CEO of Climate Analytics, a CAT partner organisation, said: “It’s all very well for leaders to claim they have a net zero target, but if they have no plans as to how to get there, and their 2030 targets are as low as so many of them are, then frankly, these net zero targets are just lip service to real climate action. Glasgow has a serious credibility gap.”