The White House plan, released Oct. 28 as part of the president’s latest budget package, would offer buyers of vehicles made by unionized U.S. workers an additional $4,500 in credits above the $7,500 available for those produced by all manufacturers.

If approved, the plan would create “a discriminatory tariff based on country of origin” that runs counter to “the principles and terms of the U.S.-Mexico-Canada Agreement,” Flavio Volpe, president of Canada’s Automotive Parts Manufacturers’ Association, said in an interview. 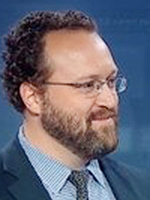 The plan also could backfire for the U.S. auto sector, Volpe said, by exempting these domestically assembled cars from North American content rules.

Under the trade pact, vehicles can be sold across the region tariff-free only if 75% of their components are manufactured in the U.S., Mexico and Canada. But since these subsidized vehicles will be outside the agreement, manufacturers won’t have an incentive to procure materials domestically. American manufacturers could source parts and other materials from lower-cost suppliers in Asia, Volpe said.

Volpe expects both Canada and Mexico to challenge the plan under USMCA, and that could take years to resolve at a time when “very important investment decisions are being made.”

Last week, both Canada’s trade minister and Mexico’s economy minister wrote to Democratic and Republican congressional leaders, as well as Biden administration officials, to raise concerns about the proposed tax incentives. Both nations said the plan runs counter to the regional value rules agreed in the USMCA to encourage deeper integration among the three nations, according to copies of the letters seen by Bloomberg News.

“What I’m hoping is that a light bulb goes off in somebody’s head in Washington and they understand the damage they’re about to do to the American parts sector, the American tools sector and the American raw materials sector,” Volpe said.