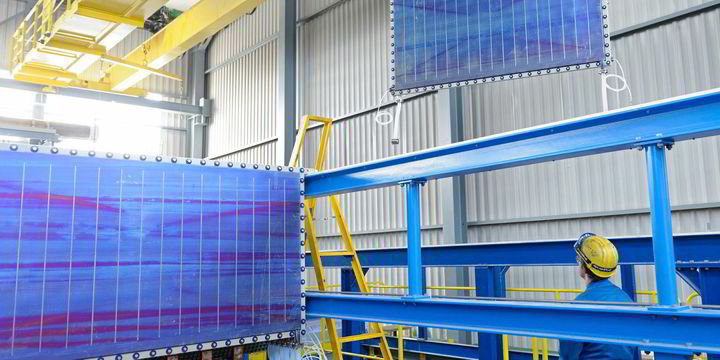 The EU looks set to miss its target of installing 6GW of green hydrogen electrolyser capacity by 2024, analyst Independent Commodity Intelligence Services (ICIS) and industry group Hydrogen Europe said after a joint review of plans submitted to the European Commission for its post-Covid recovery and resilience facility (RRF).

Most production capacity targets in national H2 strategies of EU members primarily target 2030, and only small projects of 5-20MW are expected to be on line around 2024, making it difficult to reach the cumulative 6GW capacity target, said Hydrogen Europe intelligence manager Alexandru Floristean.

One of the main reasons that the target was at risk is “mostly because of the additionality principle and how it is implemented”, he told ICIS.

“Unless there is a change in allowing the market to ramp-up grid-connected small projects in a simple way using guarantees of origin (GOs) and power purchase agreements (PPAs), the 2024 target will not happen,” Floristean added.

ICIS and Hydrogen Europe as part of their review found that some €12bn ($13.9bn) of funding could be used for direct H2 projects. Hydrogen spending could rise to €54bn, if funding allocations were expanded to include joint projects such as H2 fuel cell and electric vehicle infrastructure.

Floristean said the current project pipeline could easily meet the 2024 target but without a regulatory framework, those projects are at risk.

Another concern is that the maturity and capital expenditure of electrolysers by 2024 could also put the target into question, participants at a panel during the Greek renewable and storage forum earlier this month said, according to ICIS.

According to ICIS data, power prices make up about three quarters of the final cost of green hydrogen.