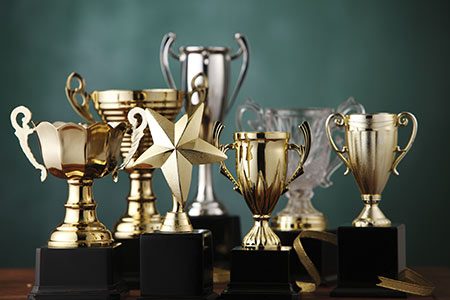 EEMUA has announced that the winner of its Early Years Industry Award 2021 is Scott Owen, a Process Engineer at Phillips 66 Humber Refinery.

The Award recognises the efforts of new starters within the engineering field in EEMUA Member companies, demonstrating their communication skills, engineering application and leadership in their specific specialism.

On receiving the Award at the virtual EEMUA Council meeting on 18 November, Scott said: “What an amazing privilege it is to be awarded the winner of the Early Years Industry Award by EEMUA. I would like to thank Phillips 66 and all staff at the Humber Refinery for helping shape my early years in the industry. This award, along with the knowledge and experience I’ve gained so far, will provide the foundation for a well-established and successful career in engineering.”

The Awards Committee were impressed with Scott’s entry which demonstrated an engineering dedication not only to his career but also giving time to develop others around him. He showed a high level of aptitude and has been involved in some of Phillips 66’s key projects, which he was able to share in his presentation.

Scott receives a £1500 cash prize, along with a seat on the EEMUA Council for 12 months, effectively becoming an “EEMUA ambassador”, promoting the wider industry (and the organisation).

The second-place prize was presented to Connor Benson, also of Phillips 66. The judges were impressed with Connor’s application and his career path so far, having completed an apprenticeship and working his way through Further Education whilst working full time. Connor has managed to introduce excellent innovative thinking by introducing technology enhancements to his company.

Connor, who is a Mechanical Engineer, commented: “Being awarded the EEMUA runner up is a real privilege. The recognition of the small achievements I’ve managed to accumulate so far in my career only fuels my drive to continue making lasting contributions to our industry. Thank you EEMUA and thank you Phillips 66!”

Darren Cunningham, Lead Executive for Phillips 66 in the UK and the general manager of the Humber Refinery where both work, added: “What fantastic news! I would like to not only congratulate Scott on winning the EEMUA Early Years Industry Award, but also congratulate Connor for coming second. It is just reward for their outstanding work and progress since joining Phillips 66. We are proud to have such a highly-talented team at the Humber Refinery and we thank EEMUA for recognising Scott and Connor’s considerable achievements.”

The Early Years Industry Award is a great opportunity to celebrate the next face of engineering.

Read the article online at: https://www.worldpipelines.com/business-news/22112021/engineer-from-phillips-66-wins-eemua-early-years-industry-award-2021/