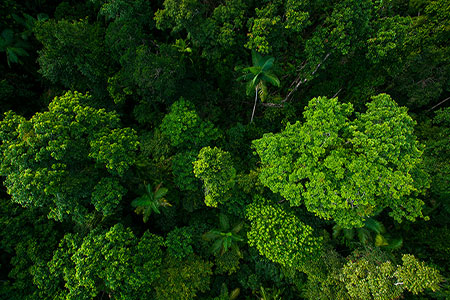 “Over the last two decades our leading environmental, social and governance practices have set the bar for energy delivery in North America,” commented Al Monaco, President and Chief Executive Officer at Enbridge. “We’re continuing to raise that bar by combining our conventional and renewable capabilities to create differentiated energy infrastructure solutions that align with our goal of net-zero emissions by 2050.”

“Our recently announced acquisition of the Ingleside Energy Centre export terminal is a great example of how we’re aligning our operations with our emissions goals,” added Mr. Monaco. “We’re committed to building on-site solar self-power facilities, which will result in net-zero facility emissions and contribute to local scope three emissions reduction.”

In 2020, the Company announced new goals to lower emissions, further diversify its workforce and maintain the safety and reliability of its systems. Enbridge’s goals include:

In 2021, the Company has continued to advance its ESG and energy transition leadership position. Highlights of Enbridge’s progress include:

Over the last two decades, Enbridge has developed and built nearly US$8 billion in renewable infrastructure in Canada, the United States and Europe. Today, the Company’s full suite of development, construction and operating capabilities rival the largest renewable companies in North America. The Company has announced its Renewable Power division is expanding to include a dedicated and centralised New Energies team that will advance low-carbon energy infrastructure opportunities across Enbridge’s energy delivery businesses. The team will leverage and build upon Enbridge’s early investments in the areas of RNG, hydrogen, and carbon capture, utilisation and sequestration (CCUS), as well as other low-carbon technologies.

Matthew Akman, Senior Vice President will expand his responsibilities of Corporate Strategy and Renewable Power to include New Energies.

“The formation of our New Energies team further strengthens the execution of our low-carbon strategies, advancing our differentiated energy delivery capabilities and positioning us well for energy transition,” said Mr. Monaco.

In combination with the creation of the New Energies team, we’re pleased to announce the following partnerships which will support Enbridge’s strategies and ESG ambitions:

“Today, Enbridge announced a memorandum of understanding (MoU) with Shell to develop low-carbon energy solutions where synergies exist across both company’s North American businesses. Under the terms of the MoU, Enbridge and Shell will explore opportunities to leverage each other’s assets and capabilities across the continent and develop a range of decarbonisation solutions that support the achievement of company-specific and customer emissions reduction goals. This will include both companies collaborating on potential green and blue hydrogen production, renewable power generation where the parties bring unique strengths, and carbon capture and sequestration opportunities, which at present excludes the Alberta market given various opportunities already under development. This agreement brings together two of the energy industry’s ESG leaders and leverages complimentary assets and experience to drive innovative low-carbon energy infrastructure and fuels.”

Enbridge also announced a partnership with Vanguard Renewables, a leading US developer of RNG infrastructure. Under the partnership, Vanguard Renewables will initially build and operate up to 8 digesters in the US Northeast and Midwest capable of producing approximately 2 billion ft3/y of RNG from food and farm waste, with Enbridge investing up to an estimated US$100 million in RNG upgrading, transportation and marketing services that leverage its extensive energy infrastructure assets and capabilities. This partnership positions Enbridge as the partner of choice for future Vanguard mixed-waste RNG development projects.

The full presentation is posted on Enbridge’s website in the ‘Events and Presentations’ section, with a webcast replay and event transcript available.

Read the article online at: https://www.worldpipelines.com/business-news/29092021/enbridge-hosts-inaugural-esg-forum/