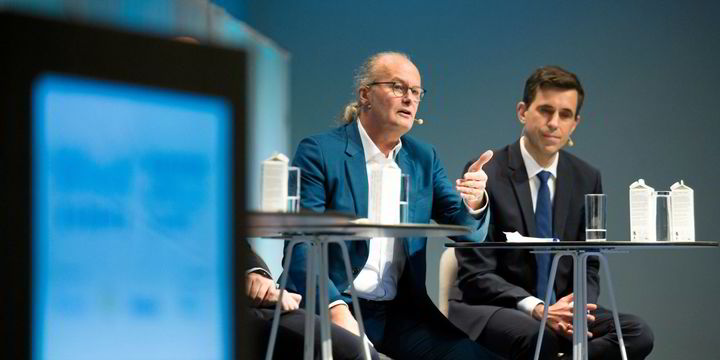 There were welcome signs of a return to business as usual this week as the wind industry gathered for Electric City in Copenhagen.

Two themes stood out from Recharge’s comprehensive official coverage of the conference and exhibition, organised by WindEurope and the biggest event held for the sector since the outbreak of the pandemic.

The first was a pride at wind’s crucial part in the global decarbonisation push reinforced by the recent COP26 summit and a determination by the European sector to rise to the task with a massive scaling-up both on-and offshore. That role was underlined by energy ministers from Belgium, Germany and Luxembourg in the event’s opening session, where there was also support for judging wind on more that cost-of-energy alone in future national auctions.

A second overarching theme was frustration at the continuing obstacles facing the industry – with permitting delays and grid challenges to the fore.

Vestas public affairs chief Morten Dyrholm told Electric City that it was “time to start shouting” about a red-tape quagmire that can leave developers requiring up to a decade to build projects, with officials needing to be warned that green targets are in peril if things aren’t fixed.

Norway’s wind association head Åslaug Marie Haga told the event new onshore permits had dried up completely there amid a review prompted by a public backlash that has seen wind go from green heroes to “nature-damaging crooks” within a decade.

There was more promising news from Germany, however, where the incoming government, as if on cue, released plans to dramatically increase renewables and tackle the barriers to projects getting built – including permitting.

The German green energy sector warmly welcomed the new coalition’s plans, hopeful that after several years of inaction “the Energiewende is back”.

Recharge during Electric City brought delegates a bumper crop of exclusive interviews from some of the biggest names in the renewable energy sector.

They included top executives from Siemens Gamesa, who explained why the OEM is confident it can see off competition from super-sized Chinese rivals and why recyclability of blades will increasingly be a key factor in European wind tenders.

Vattenfall wind chief Helene Biström explained why the Swedish development giant has plenty to keep it busy in Europe without needing to go global, while a senior European official from Enercon said lessons learned from building a Swedish mega-project will stand it in good stead.

There was also an exclusive insight into a new player in floating wind in the form of Fred Olsen 1848, an ‘innovation’ company launched by the Norwegian industrial giant with a focus on the sector.

Cross-border trading of green power was a recurrent theme, and there was a welcome statement of intent in Copenhagen when Belgian, German and Danish transmission system operators signed cooperation agreements over trunklines connecting to future energy islands in the North Sea and the Baltic.

Another topic rarely far from the agenda was green hydrogen, now universally hailed as a major opportunity for wind power. Amid the excitement, the executive leading Siemens Gamesa’s push to integrate H2 electrolysis with its turbines warned that Europe needs to start planning now for a multi-billion-euro network to transport the gas.