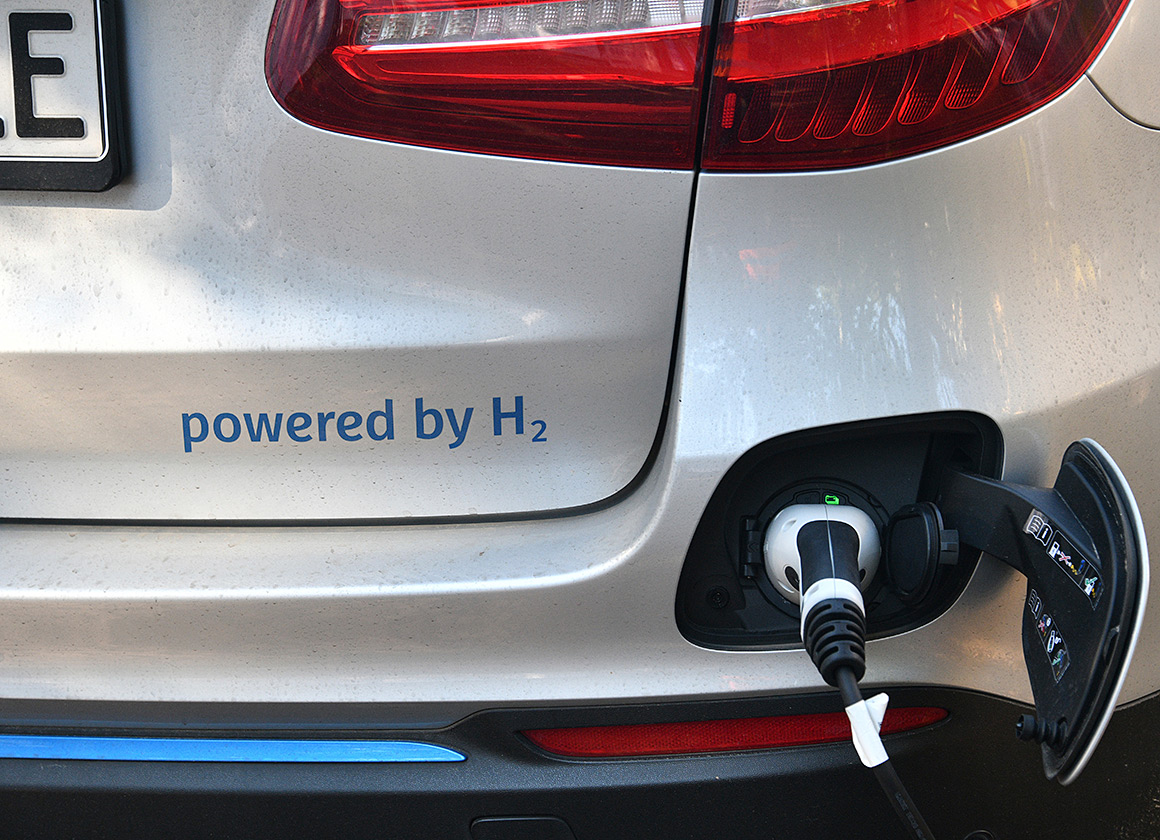 A new partnership led by a veteran fossil fuel executive announced plans today to build what could be the country’s biggest hub for renewable hydrogen, even as billions in potential public funds for the technology face an uncertain fate in Congress.

The Mississippi Clean Hydrogen Hub, as it’s known, would use newly constructed arrays of solar panels to generate electricity, which in turn would power electrolyzers that split hydrogen from water molecules. The zero-carbon hydrogen would be stored in underground salt caverns — also to be newly built — then piped or trucked away to serve as fuel for fuel-cell vehicles or be blended into natural gas systems.

Jackson-based Hy Stor Energy LP, which will direct construction of what will be the firm’s first major project, is leading the plan. Its chief executive, Laura Luce, is an expert on natural gas storage and former executive for Spire, NGS Energy and Enron North America. Hy Stor is working with Connor Clark & Lunn, an energy infrastructure firm that will serve as the financing partner.

The jungle of new clean hydrogen infrastructure envisioned by developers echoes the “hub” concept that federal lawmakers and Energy Department officials have said they want to build.

Jose Bermudez, a France-based energy analyst for hydrogen and alternative fuels at the International Energy Agency, wrote in an email that the Mississippi project was “definitively a significant announcement and likely the largest in the USA” of its kind — at least for now.

Luce predicted her company’s plans in Mississippi would become “the blueprint for future green hydrogen projects,” revitalizing local economies while contributing to the energy transition.

Yet it’s unclear whether the plans will fully materialize.

Hy Stor wants to start producing hydrogen in 2025, several years before most analysts believe it will be cost-effective to make with renewable power. The company is targeting 220,000 kilograms of eventual daily production — orders of magnitude larger than what’s envisioned for the pilot projects that have proliferated across the U.S. in recent years. Stretched out over the course of a year, Hy Stor’s target production would be enough to fuel the equivalent of 25,000 Hyundai trucks, according to the company.

Climate activists have often played defense against those hydrogen pilots. Even projects that use renewables to create the fuel, they argue, could have a local environmental impact, since hydrogen emits NOx when burned directly — as would be the case if it were blended into a natural gas pipeline.

Then, building out all of the infrastructure, including electrolyzers, hundreds of acres’ worth of solar arrays, hydrogen fueling stations for vehicles and the underground storage facilities, is almost certain to involve sky-high price tags. Hy Stor estimates it could cost up to $3 billion to bring the project online.

In an interview, Luce said the hydrogen caverns would closely resemble storage facilities used for natural gas or propane along the Gulf Coast.

“You can imagine something as big as the Empire State Building underground. That’s the scale we’re talking about,” she said.

When questioned about how the project plans would pencil out, Luce pointed to the underground caverns as a key element that would provide carbon-free energy around the clock.

“You can dispatch the hydrogen for minutes, days, months, seasons,” she said. “That’s the opportunity for green hydrogen, because it’s truly a renewable that can be stored for long duration.

“We think there’s a niche there,” Luce added.

The Mississippi Clean Hydrogen Hub isn’t the first announced plan to pair the production of renewable hydrogen while also tackling solutions for the fuel’s storage and transportation. Developers of at least one other — the HyDeal Los Angeles project — are thinking in terms of creating “hubs” rather than stand-alone production facilities (Energywire, May 20).

Several other recent proposals for “clean” hydrogen hubs would focus on blue hydrogen, in which hydrogen is made with natural gas and fitted with carbon capture systems.

But Hy Stor’s plans are noteworthy in part because the developers have already started to secure state-level permits and negotiate with landowners over its storage sites.

The hub’s ultimate target for production, of 200,000 kilograms, is also the largest for any renewable hydrogen project announced in the U.S., according to data from the International Energy Agency.

Hy Stor’s plan emerges as the prospects for new pro-hydrogen policy supports are uncertain, given the impasse among Democrats in Congress.

Some $8 billion was set aside in the Senate’s bipartisan infrastructure bill for four regional hubs that would demonstrate how low-carbon hydrogen can be produced, stored and transported. And the Democratic-backed budget reconciliation bill, which appears bound for an overhaul, could contain a production tax credit for clean hydrogen.

Whether either of those bills will make it over the finish line remains to be seen. But developers of the Mississippi Clean Hydrogen Hub think their project would be a prime contender for federal support.

According to Luce, Hy Stor is in talks with the Energy Department’s Loan Program Office, which has over $40 billion in loan authority for awards that could go toward hydrogen projects, among other new low-carbon technologies.

The company hired lobbyists over the summer, paying Alabama-based Balch & Bingham LLP a modest $5,000 to lobby on items that included the “production of tax products for hydrogen as green energy.”

The hub’s developers have also wooed influential backers in Mississippi. Earlier this month, Republican Gov. Tate Reeves wrote a letter to Energy Secretary Jennifer Granholm asking her department to support the hub “with all available resources,” arguing that the salt caverns would be “strategically located” near interstate gas pipelines, highways, rail lines, deepwater ports and the Mississippi River, giving the state “a unique advantage over other areas.”

In statements yesterday, Mississippi’s Republican lieutenant governor, Delbert Hosemann, and the current speaker of the state’s House of Representatives, Philip Gunn (R), backed the project. And regulators with the Mississippi State Oil & Gas Board have so far welcomed the plans, telling Hy Stor in a September letter that the hub was an “incredibly exciting opportunity.”

“It’s not that the technology and regulations for storage isn’t there,” said Luce. “I think it’s important that there wasn’t ever a use for [low-carbon] hydrogen.

“It just wasn’t done until now,” she added.