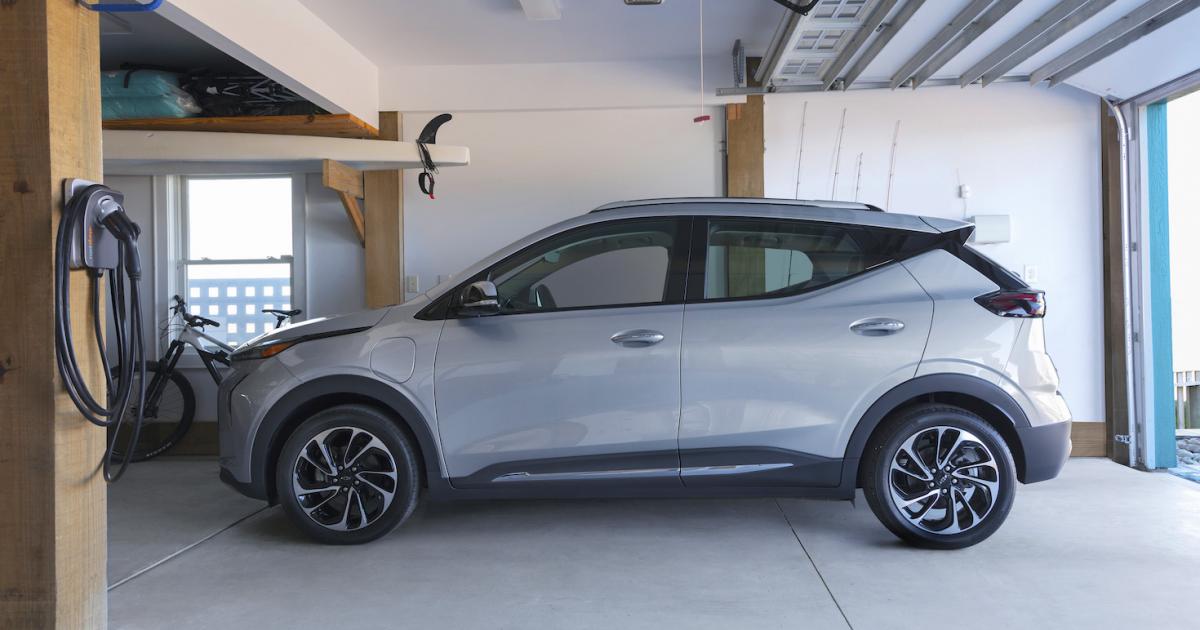 General Motors’ commitment to becoming carbon neutral by 2040 means more than just transitioning to electric vehicles — although that is a huge part of the strategy.

One of its latest initiatives extends that thinking to its supply chain. Through a new partnership with Shell and its subsidiary MP2 Energy, the automaker is looking to help tackle its Scope 3 emissions by offering its suppliers in Texas the ability to buy renewable energy from Shell at a discount.

“As companies do set sustainability goals, similar to GM, this allows them to optimize both at the same time, whether it’s decarbonizing, setting renewable goals or driving energy efficiency into their operations,” said Rob Threlkeld, global manager of sustainable energy, supply and reliability for GM.

Under the new program, GM suppliers will have multiple options to choose from, depending on where they are and what their goals are in terms of sustainability. Threlkeld said participating suppliers will be able to purchase up to 100 percent renewable energy through the program, at prices competitive with other energy sources.

The program came together as all three companies thought about what they could do to meet their decarbonization goals, Threlkeld said. GM already has committed to invest $35 billion in electric and autonomous vehicles by 2025 and recently established a $25 million Climate Equity Fund “dedicated to helping close equity gaps in the transition to electric vehicles and other sustainable technology.”

Not only are you going to give that individual consumer a benefit, you’re also encouraging people to charge during off-peak hours, which helps everybody out.

Shell has long been one of the largest wholesale traders of energy, a portfolio that increasingly includes renewable electricity. And GM works with a sprawling supplier base — including dealers and providers of various automotive components — that needs to be decarbonized and could benefit from discounted renewable energy plans. Partnering was a way to leverage the scale of both, according to Threlkeld: GM can purchase large quantities of electricity up front and then pass along the savings to its suppliers.

“Think of it like Costco; you go there and buy in bulk,” Threlkeld said. “We’re literally doing that with electricity. And so when you start to buy in bulk, prices come down, you can start to think about your margins differently, and that’s really where the scaling comes into play, so that you can offer costs that should be competitive, if not cheaper, through this process.”

Threlkeld said GM’s suppliers have shown a lot of interest in the Texas pilot, as they evaluate how to embrace the broader transition to renewables and looking for ways to leverage their relationship with GM, as the automaker invests more deeply in zero emissions vehicle technologies.

GM has a large supply chain base in Texas, where many of its trucks and SUVs are manufactured, which makes it a compelling location for the pilot.

The automaker is offering a related service to its retail customers in Texas. The 500,000 GM vehicle owners in the state have been invited to sign up for renewable home energy plans through MP2, with the additional perk of free overnight charging for those who own an EV.

The pilot makes particular sense in Texas, a state with a deregulated energy market, meaning customers can choose between retail energy providers such as MP2 Energy to supply their electricity. Customers who aren’t already MP2 customers will have to switch in order to take part in the GM initiative. (They do not need to own an EV to take advantage of adding renewables to their home energy plans).

If the pilot goes well, Threlkeld said the program will need to be modified to serve the needs of more complicated or regulated energy markets. “How do we take something that’s kind of compact, yet large, and then figure out what we can do to scale that up across different markets and different states and different regions?” Threlkeld said.

Jenny Carter, an assistant professor at the Vermont Law School Institute for Energy and the Environment, sees this new program as a tangible step toward meeting GM’s sustainability goals — especially the commitment to go all-electric by 2035.

“That’s a huge investment that they’re making, and they’re going to have to meet that goal somehow, so incentivizing people to buy their cars is probably a really good strategy,” Carter said.

It’s not all that different from off-peak charging incentives already offered by some utilities, in states such as Vermont, where Carter lives.

“Not only are you going to give that individual consumer a benefit,” Carter said, “You’re also encouraging people to charge during off-peak hours, which helps everybody out.”

Although the GM offer will help customers save some money, Carter noted that a bigger obstacle to EV adoption outside of early enthusiasts is access to charging in the first place. Homeowners who can sign up for the GM program likely already have easy charging access.

“Charging is one of the threshold issues for people,” Carter said.

GM, for its part, has many other irons in the fire as it works toward an all-electric fleet. Threlkeld said the company is also looking at additional energy efficiency measures to reduce overall consumption, and it is thinking about how to partner with Shell on energy storage — another key piece of the transition to renewables.