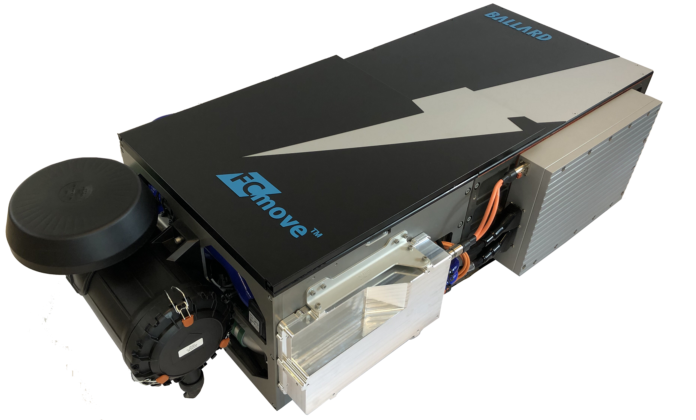 Ballard Power Systems has received orders for a total of 40 FCmove-HD (70 kW) modules for planned deployment in hydrogen fuel cell electric buses (FCEB) across Europe in 2022. These FCEBs are being deployed in France, Germany, and the U.K.

The area of Frankfurt, Germany, is also expanding the number of zero-emission FCEBs powered by Ballard fuel cell technology. There are now six German cities with Ballard fuel cell buses in service or development: an increase of three cities since last year.

Brighton, England, is the first U.K. municipality of its kind to have a publicly stated zero emissions goal by 2030, for its fleet of nearly 500 buses. Brighton’s initial order of 20 FCEBs is the first phase of FCEB development, with supportive funding from the JIVE program and the U.K.’s Ultra Low Emission Bus Scheme.

Nearly 160 hydrogen FCEBs powered by Ballard are now in service across Europe, representing an increase of over 80% since October 2020. There are approximately 150 fuel cell modules currently on order with Ballard to support the deployment of an additional 150 FCEBs in the European market.

“The hydrogen fuel cell bus market momentum continues to accelerate throughout Europe. In only twelve months, we have expanded from 10 into over 25 cities, across 10 European countries,” says Oben Uluc, Ballard’s director of European sales. “With orders in hand to double the number of FCEBs driving passengers on European city streets, we see an exciting forward step change in the adoption of FCEBs. We see a strong growth ramp over the coming decade as our bus OEM customers deliver Ballard-powered FCEBs to transit operators planning to decarbonize their bus fleets.”