‘Are UK MPs being used by natural-gas interests to promote inefficient hydrogen heating?’ 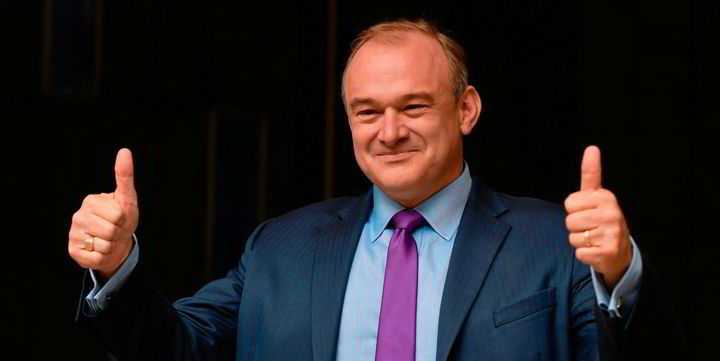 Gas distributors are facing an existential crisis. If the world is to reach net-zero emissions by 2050, burning natural gas for heating and cooking will have to be outlawed — meaning that methane would no longer be transported under our cities and towns.

The only way that gas distributors can save their businesses is to switch the fuel in their grid infrastructure from natural gas to clean-burning hydrogen.

Yes, major investment would be required. Not only would all gas-burning appliances — boilers, cookers, ovens, etc — need to be replaced, but the grid network would need a lot of work to handle the smaller hydrogen molecules. All metal pipes would need to be replaced with polyethylene ones — including those ones hidden in walls and under floorboards in people’s homes — while all the valves and compressors across the network would also have to be swapped out.

It might not be cheap or easy, but there is a precedent — between 1967 and 1977, the UK gas supply and about 20 million appliances were converted from using locally produced town gas (derived from coal) to the natural gas discovered under the North Sea. And such a conversion would, of course, solve the problem of how to decarbonise the heating sector.

The bigger problem for the gas distributors, and indeed gas boiler makers, is that there are cheaper, more efficient options to decarbonise domestic heating, according to multiple independent studies. Electric heat pumps are three to six times more efficient than hydrogen boilers and would cost half as much, according to a recent study by the International Council on Clean Transportation.

Heat pumps also have an advantage because they can provide air conditioning during our ever-warmer summers.

In the International Energy Agency’s net-zero emissions scenario — outlined in its recent Net Zero by 2050 roadmap report, clean electricity will provide 66% of energy use in buildings (mainly space and water heating, but also cooking, lighting and appliances) worldwide by 2050 (up from 33% in 2020), with hydrogen providing less than 3%.

The Energy Transitions Commission says that electrification of heating is “likely to dominate” residential heating, although hydrogen “may play a role in certain circumstances”.

And another recent study, by the Potsdam Institute for Climate Impact Research, concluded that hydrogen is “too inefficient, costly and [its] availability too uncertain, to broadly replace fossil fuels” in running cars or heating homes.

Think tank Agora Energiewende summed it up well in its recent No-Regret Hydrogen report: “For applications such as passenger cars and low-temperature building heat, conventional wisdom holds that there will be little room for hydrogen use, given its high energy efficiency losses, but strong hydrogen advocates may see this differently.”

Gas distributors and other hydrogen heating proponents are in danger of losing the argument. And like anyone faced with a threat to their survival, they are fighting back — and the modern way for business to do that is to lobby politicians.

In the UK, at least, this lobbying appears to be going well.

On Tuesday morning, the UK’s All-Party Parliamentary Group on Hydrogen (APPG) — an informal self-appointed group of Members of Parliament with no official status — released a report calling for the British government to increase its H2 ambitions and subsidise the nascent hydrogen sector.

While the report, The Role of Hydrogen in Powering Industry, is mainly uncontroversial, one of its ten recommendations stood out: “Changes in regulation by the Government are required to support hydrogen’s role in powering industry. This includes blending hydrogen and amending the Gas Safety Management Regulations to allow hydrogen injection in the domestic grid. This should be further supported through providing the market with clear signals of using hydrogen technology such as mandating the development of hydrogen-ready boilers and meters by 2025.”

It seems that the politicians on the APPG are calling on the government to provide a signal to the market that hydrogen will be used in the gas grid.

This last sentence, italicised here for emphasis, is key. It seems that the 19 MPs and 13 Lords and Ladies on the APPG are calling on the government to provide a signal to the market that hydrogen will be used in the gas grid, and that hydrogen-ready boilers and meters will be needed.

Also, blending up to 20% hydrogen into the natural gas grid would massively push up prices for consumers due to the far higher cost of clean hydrogen, while at the same time only reducing carbon emissions by 7% due to the lower energy density of H2 compared to methane.

Of course, politicians are entitled to their opinions, but things get a little dubious when you look into the origins of the report — which is purportedly about industrial usage of hydrogen, but has a rather large focus on converting natural-gas grids to H2 and using the clean gas in domestic heating.

The document says it is based on 70 responses to the APPG’s call for evidence. But it was put together, or “researched”, by a PR/communications agency called Connect — which claims to “help organisations to connect with policy making, politics and the media”.

In fact, 11 of the report’s 28 pages are given over to the sponsors to present “case studies” on their hydrogen plans — most of which involve converting natural-gas networks to hydrogen, or using hydrogen for domestic heating.

Presenting these “case studies” — which are more like advertorials — to the business-minded Conservative government in a report supposedly focused on decarbonising British industry would be a good way to get ministers on board.

It is perhaps no coincidence that among the photos of domestic hydrogen boilers and cartoons showing pipelines to houses, most of the industrial H2 projects mentioned in the report would also provide hydrogen for home heating.

According to the most recent income and expenditure statement from the APPG on Hydrogen, these 11 sponsors each paid £6,000 to the group, totalling £66,000, which was all spent on paying Connect to act as the group’s secretariat.

So these companies are certainly getting value for money.

Baxi and Worcester Bosch previously received government funding to develop their hydrogen combi-boilers, while Northern Gas Networks has received £16m from regulator Ofgem, a non-ministerial government department, for its H21 programme to demonstrate that the gas network can be converted to carry 100% hydrogen to homes and businesses.

Of course, the MPs and Lords on the hydrogen APPG — including former energy secretary Ed Davey and former Conservative Party vice-chairman Sir Roger Gale — would argue that they are not being unduly influenced by the group’s sponsors. But their presence does not exactly give confidence that these politicians are getting the full picture of the energy sector and the opportunities available.